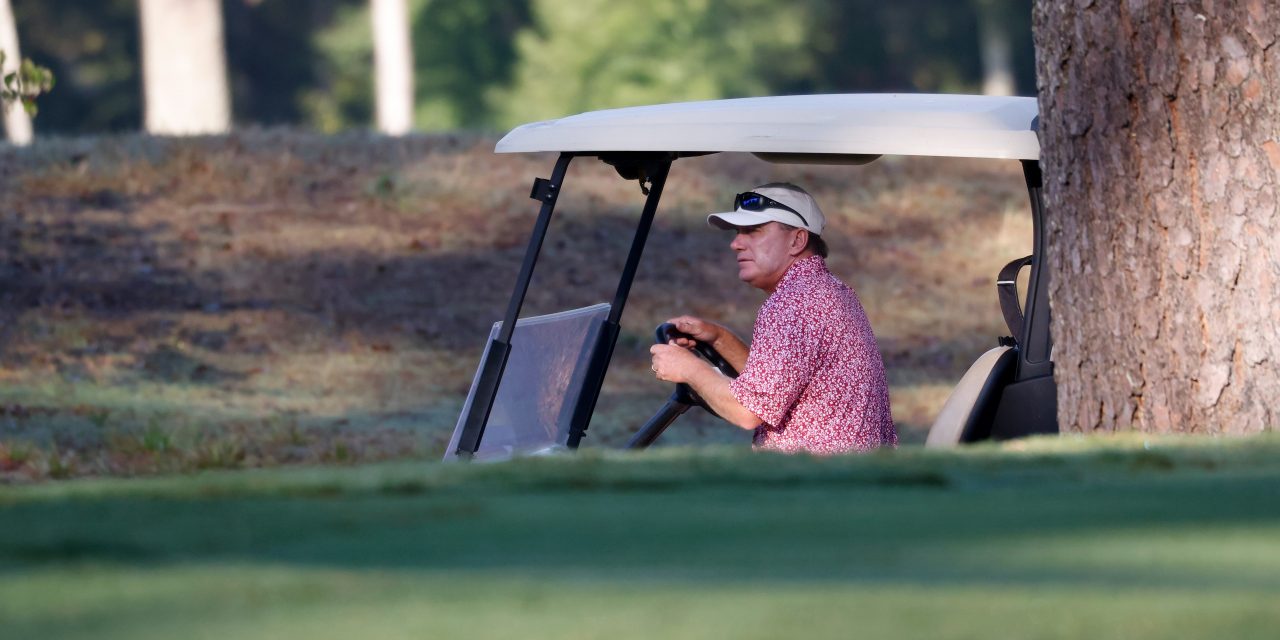 ST. SIMONS ISLAND, Ga. — Alabama’s postseason run came to an abrupt end on Friday as they failed to qualify for match play at the SEC Championships.

With the 14th overall finish, Alabama’s head-to-head record fell below .500, leaving them ineligible to play in the NCAA Regionals.

“In a tournament that we feel is the most important on our schedule, we did not play well. It’s disappointing. Everyone worked hard to get to this point and it’s a letdown, to be honest,” said Head Coach Jay Seawell after the round.

The finish is even more disheartening considering that Alabama is hosting one of the six NCAA Regionals this year.

The Tide got off to a tough start in Wednesday’s opening round with a 290 (+5) as a team, but were just five shots off the match play cutline.

Before the second round, Seawell decided to substitute Jack Goldasich for Dillon West.

From the SEC Manual:
Prior to a round (stroke or match play), a team may substitute a sixth player for any member of the team… [Adopted 3/13/19]

Although his score would count for the team on day two, it didn’t make much of an impact on their position.

Alabama would post a 292 (+7), plummeting down the leaderboard and dashing any hope of making the cut.

Alabama is through 36 holes at the SEC Championships and currently sit 14th (+22).

They're 23 shots off the matchplay cutline headed into the final round of stroke play. Barring a miracle, tomorrow's round will be the last of the season.@wvuafmsports pic.twitter.com/iORmIgHZjP

The team had some positives in the final round though, as Charlie Nikitas and Thomas Ponder posted two of the team’s best rounds of 69 (-1) and 71 (+1) respectively.

Nikitas’ round was the only under-par round of the week for Alabama.

“There is a lot of work that needs to be done to build Alabama golf back to where it once was and unfortunately this was not it,” said Coach Seawell.

“As a coach, I need to be better. As a team, we will be better moving forward. We have to get the culture back to where it belongs, and that responsibility is on all of us.”

Nikitas and Ponder finished in a tie for 42nd, while JP Cave and Canon Claycomb finished tied for 61st.

Goldasich’s substitution left him and West ineligible for the individual leaderboard.

Vanderbilt would win the stroke-play portion of the tournament at -16, with Texas A&M finishing three shots behind.