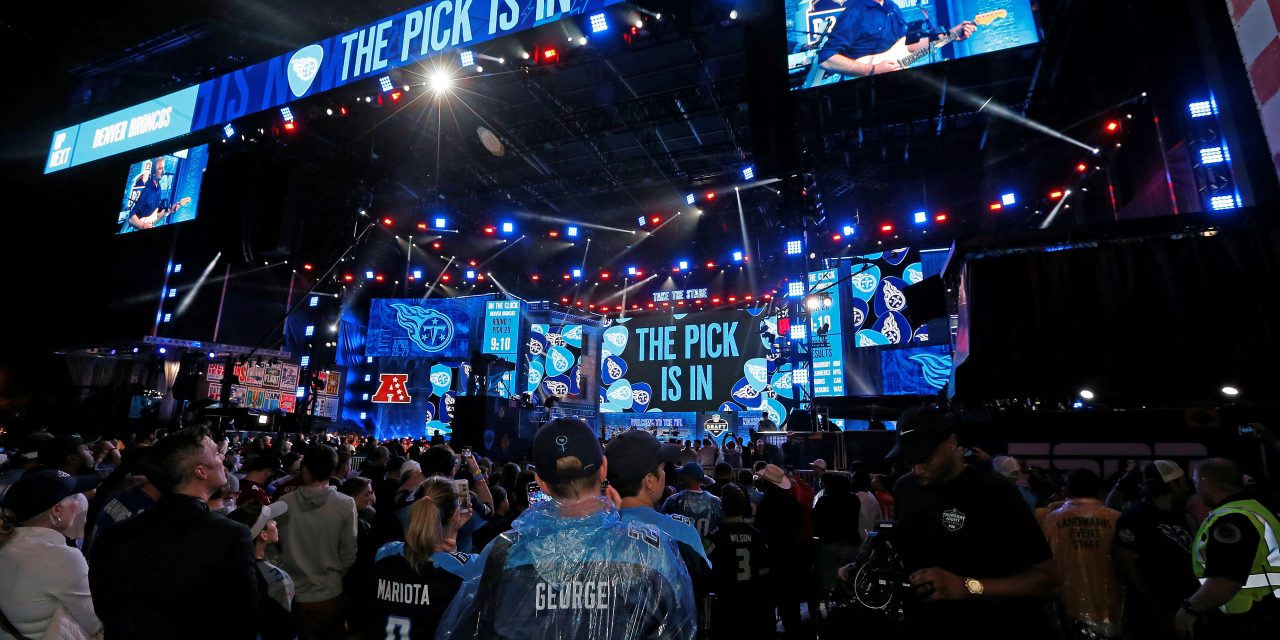 The NFL’s “legal tampering” – I know, it is a ridiculous concept – is over and free agents are free to sign with the teams they’ve negotiated with over the last three days. So far, we have seen teams place their franchise tags on frustrated stars, players sign to multi-year extensions and free agents declare where and for how much they will play moving forward.

In this first “With Trade” addition of my mock draft, I will look at the most likely deals to get done on draft night. For each deal I will provide a rough estimate of the value, but it is important to keep in mind that these are only projections and that there is no set scale that these teams use to trade when put on the clock.

And so, with five draft night deals, here is my third edition of the 2020 NFL Draft:

Burrow remains the clear pick at number one, he has done nothing but build stock over the past 12 months and appears to be the hometown hero that the Bengals are ready to go all in for. They have placed a franchise tag on AJ Green, dodged the free agent quarterback frenzy and signed good, expensive free agents to compliment Burrow as he enters the league.

Young moves back up to the second spot after a brief absence thanks to a Ron Rivera speech on evaluating options. While all mock drafters dream of the fallout from the Redskins taking a quarterback, Young is still the mostly likely pick here and Washington’s early free agent activity supports that. They have made a push in the first days of the new league year to sure up the defensive secondary and the linebacker core, leaving alone the front line.

The Detroit Lions might have overplayed their hand on the first day of the legal tampering period, signing Chase Daniel early on in the process. Adding a veteran backup behind Matthew Stafford leaves little doubt about the state of the quarterback room and means the Lions will be open for business on draft night as teams scramble to the top to take the top signal callers available. The Dolphins have spent big in free agency and this is their chance to capitalize on their draft capital and flip that into the future of their franchise.

Okudah will be coveted by many in this draft, but not the New York Giants. The Giants have refused to move off of Janoris Jenkins and just signed James Bradberry to a big contract. The Raiders on the other hand have a very well-established list of needs and they have yet to be addressed in free agency. With cornerbacks and wide receivers at the top of their list of needs, the Raiders could look to make a jump into the top five and get the undisputed number one option in the secondary.

The Lions will certainly be hoping to land Okudah at five, but if the Raiders can slide in ahead of them, they cannot go wrong sticking with the defensive side of the ball. Brown is a versatile player in Matt Patricia’s system and could provide them with one of the most NFL ready players on the board.

The Chargers struck out in the Tom Brady sweepstakes and have made it clear that they have no intentions to sign another veteran quarterback to a short-term deal. Herbert has been the biggest riser throughout the draft process, and it will ultimately come down to the Chargers preference, settling the bet made between Mel Kiper Jr. and Todd McShay on whether Herbert of Jordan Love would be taken first.

Brown is a strong and powerful defensive lineman who can make an impact in either a 4-3 or a 3-4 system. Nothing has changed for him since the combine and that is why he stays put at number seven. The Panthers will look to add spark on offense in free agency but getting a polished young lineman to put in the middle will be huge in the absence of Luke Kuechly.

The Cardinals might be the biggest winners so far in the new league year, by trading away the contract of David Johnson for DeAndre Hopkins they have provided Kyler Murray with an elite weapon in the offense. While Murray has made his love for Ceedee Lamb known, it is time for the Cardinals to now turn their focus to protecting the young quarterback.

Kinlaw fills a new need of the Jaguars, who traded away Calais Campbell and released Marcell Dareus over the last few days. He is another player who capitalized on his chances to impress scouts early in the draft process and will land high in the first round.

Becton made himself a lot of money at the combine and has done nothing to detract from his value. He is one of the biggest linemen available and has showed good movement that has NFL executives excited about his upside. The Browns have been committed to improving the offensive line and already added right tackle Jack Conklin, they can finish the job early in the draft by taking their next left tackle here.