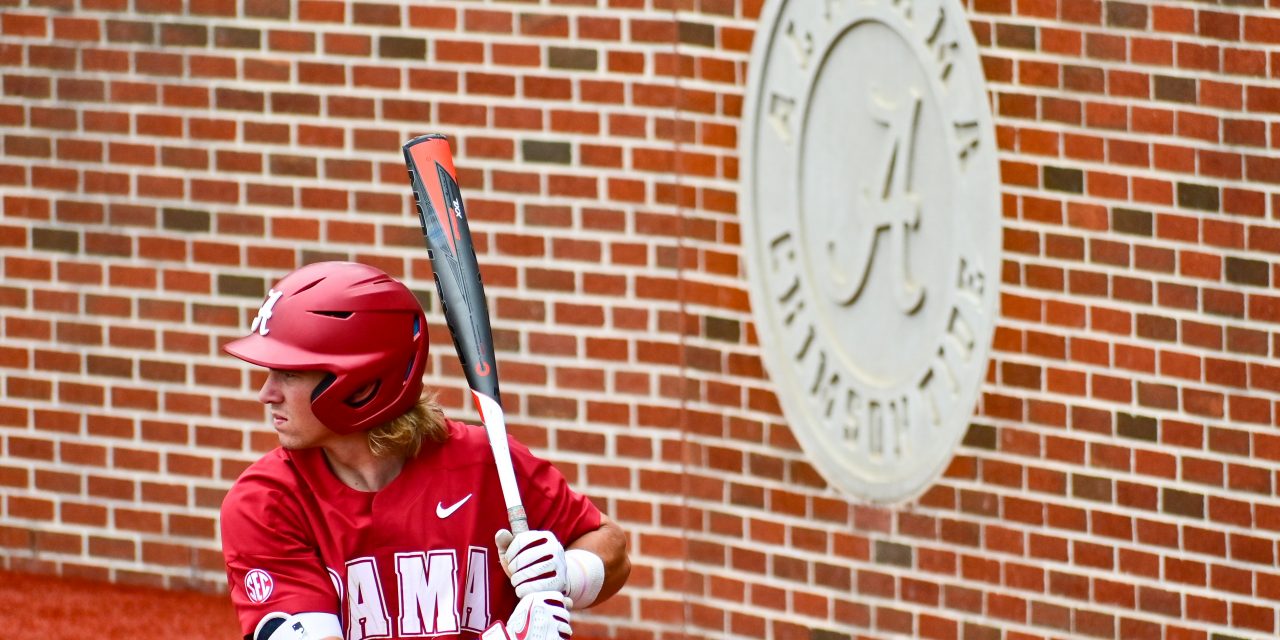 Alabama couldn’t have asked for a better weekend in College Station, Texas. Coming off a huge in-conference series sweep of the Texas A&M Aggies, the Tide looked to continue their success at the plate against Samford on Tuesday at home. With the good news that Connor Prielepp would be coming back off injury to return to the starting pitching rotation, Alabama would likely pitch a lot of guys against Samford. Pitching was great in this game but, Alabama also brought their bats out to The Joe against the Bulldogs.

Samford started off strong by scoring a run in the first inning off Tide starting pitcher Grayson Hitt while the Tide started off slow at the plate. Alabama scored their first run in the third inning thanks to Sam Praytor getting hit by a pitch which scored shortstop Bryce Eblin from third base. In the 4th inning, the Tide’s bats exploded scoring seven runs in the inning to make the score 8-1. Left fielder Jackson Tate of Alabama hit a long home run over the left field fence scoring himself and Drew Williamson. Samford struggled on the mound this inning walking seven Alabama hitters and hitting one. This is not a recipe for winning and didn’t serve the Bulldogs well.

The fifth inning was quiet for the Crimson Tide offense but, the 6th inning would be a repeat of the 4th inning as the bats were hot yet again. Catcher Sam Praytor led off the inning in style by homering right next to the scoreboard in left center field. Diodati, Williamson, Eblin, and Pickney all followed with hits of their own scoring 3 more runs. After Peyton Wilson flied out, Caden Rose would come up to the plate, pinch hitting for William Hamiter, and hit a home run almost in the same place as Sam Praytor who led off the inning. The score after the 6th inning was a loud Crimson Tide lead of 14-1.

The Tide bats still weren’t finished even after several lineup changes by Head Coach Brad Bohannon. They tacked on another five runs in the seventh inning to bring their total to nineteen runs on the day. The final score from Sewell Thomas Stadium was Alabama winning 19-3 over the Samford Bulldogs. Freshman starting pitcher Grayson Hitt will be credited with a win and Jackson Tate will end up as player of the game offensively for the Crimson Tide. Alabama looks to continue their success Thursday as they welcome in their in-state rivals the Auburn Tigers for a three game weekend series. Game time is set for 6:00 PM CT as Tyler Ras will start on the mound hoping to shut down the Auburn lineup and start the weekend off with a win.

Instant analysis from Alabama's win over No. 19 South Carolina