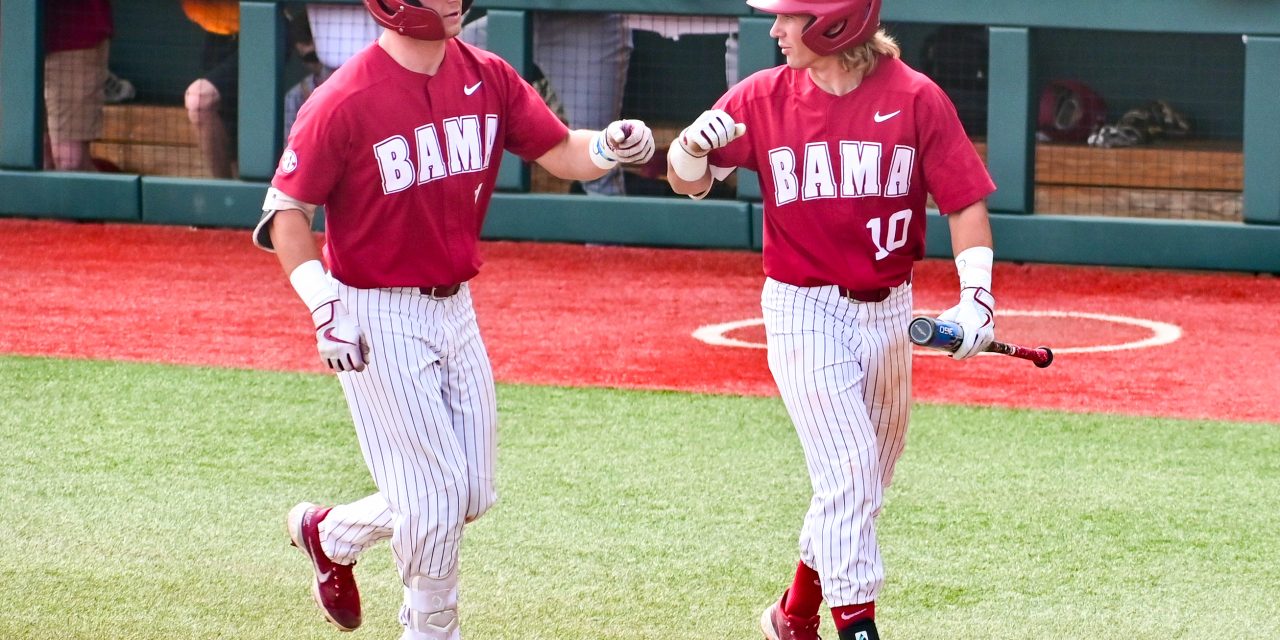 The Crimson Tide opened their conference series against the Auburn Tigers this Thursday with an extra innings close finish 8-7 after a 10th inning walk off win. This win advances the Crimson Tide to 21-12 on the season and 6-7 in SEC conference play, with the Tigers at 13-17 with a 1-12 record in the conference.

Following a scoreless opening inning, the Auburn Tigers stuck first in the top half of the second inning, with a solo home run to set the score at 1-0. Alabama responded in the home half of the second, with a Drew Williamson homer to deep left bringing in T.J Reeves who landed on base after a single to bring the score to an Alabama lead at 2-1. The Tide would continue the hitting proficiency in the third, with an RBI single from Sam Praytor, as well as another RBU single brought home by Owen Diodati to settle the score at 4-1 in Alabama’s favor.

In the fourth the lead was cut by a triple from the Tigers with two outs, followed by an inside the park home run to bring in two to bring us to a 4-3 Alabama lead. The Tide responded with yet another RBI single, this time from the bat of Peyton Wilson to set the score at 5-3.

The Auburn Tigers would not be silent in the top of the fifth however, as two singles in a row would allow a double to score two to even the score. A groundout followed and resulted in a final run to put Auburn on top 6-5. However, Zane Denton would respond with a solo shot in the home half to even the score back at 6-6.

After scoreless innings once again in the sixth and seventh, the Tigers would connect with a solo home run to go up 7-6 in the top of the eighth, with Praytor answering with his ninth home run of the season to even the score once again at 7-7.

After a scoreless end to regulation, there would not be long to wait as in the bottom of the tenth inning Zane Denton connected for a single, which was followed by one of his own from Sam Praytor. Owen Diodati would connect to win the game in walk off fashion for the Tide, sending a drive down the right field line to bring home the winning run and set our final score at 8-7 in favor of Alabama. 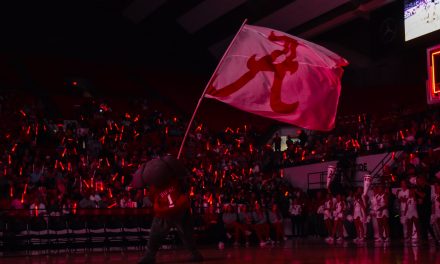 The Tide Bank off Mississppi State