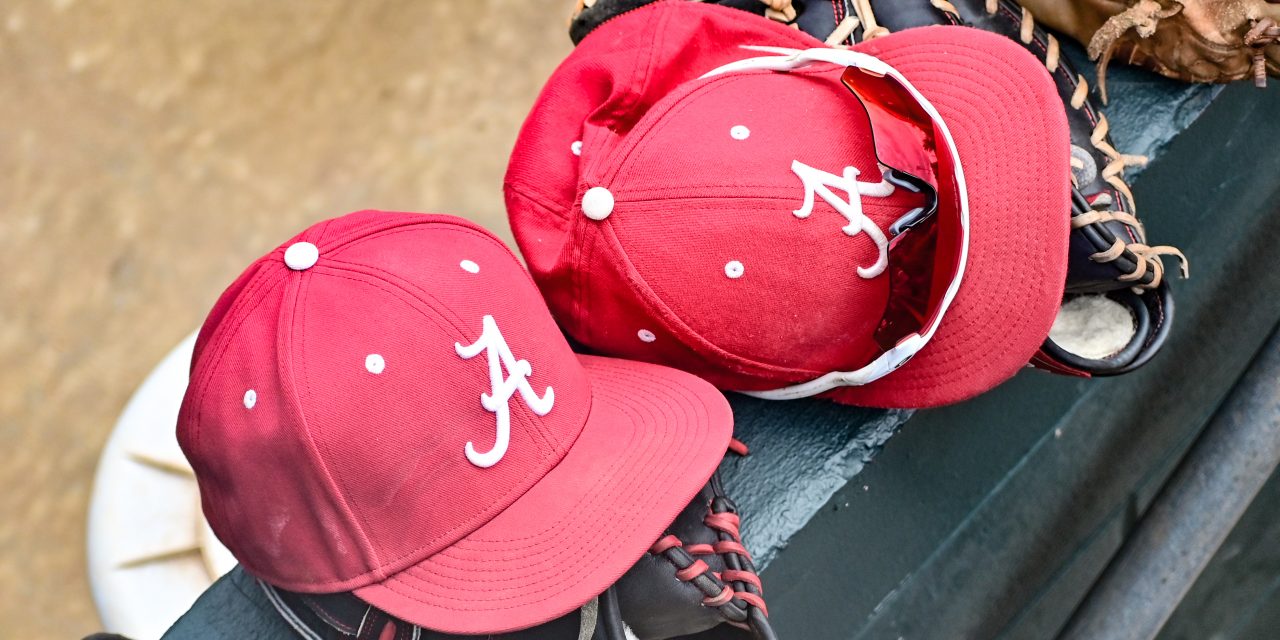 The Crimson Tide went on the road and swept an opponent for the first time since May of 2017. It was a back-and-forth game against Texas A&M, but Alabama prevailed with some clutch hitting to beat the Aggies 7-4.

The Aggies scored the first run of the game off an RBI single to centerfield to make the score 1-0 in the bottom of the second. The lead didn’t last long though. In the next half inning, Alabama scored three runs. The scoring started with a single hit by Zane Denton with the bases loaded that brought in two runs, giving the Crimson Tide a 2-1 lead. The next batter, Sam Praytor, flied out to left field, but hit it far enough to allow William Hamiter to tag up and score another run, making it 3-1.

Texas A&M battled back in the bottom half the third inning however, scoring two more runs to off an RBI single and a sacrifice fly to tie the game up at three. During the inning, the Aggies chased Alabama starter, Antione Jean, out of the game giving him a stat line of three runs off five hits through two and third innings of play. Alabama manager sent out Jacob McNairy in relief of Jean, who ended the Aggies rally in the bottom of the third and kept them mostly quiet for the middle part of the game.

Alabama also remained quiet in the middle innings of the game and the scored tied at three until the sixth inning. In the top of the sixth, TJ Reeves broke the tie with a double down the left field line, allowing Owen Diodati to score and give the Crimson Tide at 4-3 lead.

Texas A&M wasn’t ready to give up just yet, however. In the bottom of the sixth, the Aggies tied the game up again with a solo shot to left field by Ty Coleman. McNairy got the next two guys out relatively easily, but the damage was done, the game was tied once again.

In the top of the seventh, Alabama was determined to put the game out of reach for Texas A&M. It started with a lead off single by Peyton Wilson on the first pitch of the inning. Wilson went 2-for-4 on the day, extending his hitting streak to 11 games, his longest streak of his career at Alabama. A couple of batters later, Wilson stole second, and the Aggies intentionally walked Praytor, bringing Diodati to the plate with two runners on and two outs. On the second pitch of the at bat, Diodati sent the ball over the right field wall giving Alabama a 7-4 lead. This was the finishing blow to Texas A&M and secured the victory for Alabama.

Will Freeman came in to pitch the seventh and eighth inning and Chase Lee pitched the ninth. Between the two of the, the Aggies only managed to get one hit and were struck out five times in the last three innings.

With the win, Alabama improves to 19-12, 5-7 in SEC play. With the loss Texas A&M falls to 19-15, 3-9 in SEC play. The Crimson Tide will play a midweek game against Samford on Tuesday, and their next SEC series is against Auburn in Tuscaloosa this weekend.