Alabama Suffers a Heartbreaking Loss Against Auburn on Friday 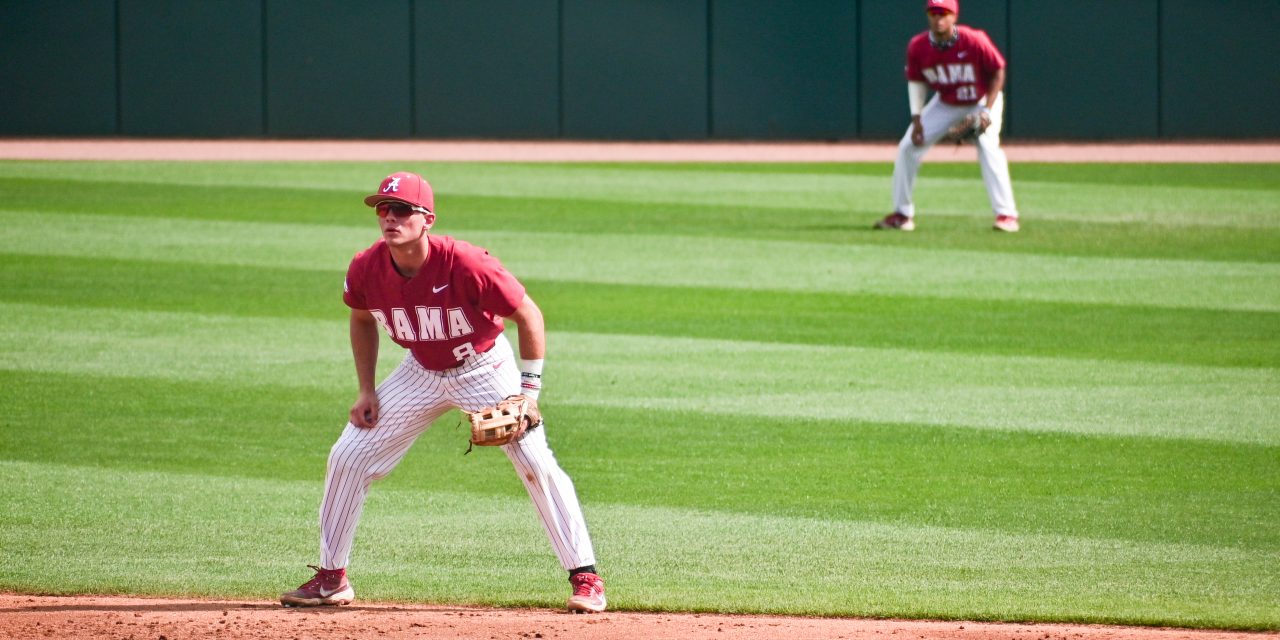 The Crimson Tide came in Friday after a walk-off win over the Tigers on Thursday looking to win the series. The Crimson Tide sent out Dylan Smith to take on the Tigers. Smith has yet to get a one in the win column this season and to no fault of his own. With Smith looking to get his first win the outing did not start well with Smith giving up a solo homerun in the first inning to make the game 1-0 Auburn. Smith would later give up another homerun in the second which was a two run blast to give Auburn the 3-0 lead. Smith continued on in the game and would settle in but the Tide needed the bats to wake up.

In the second the Crimson Tide responded with an RBI single by Drew Williamson that scored TJ Reeves making the score 3-1 with Auburn in the lead. The Crimson Tide would only get one and Dylan Smith was back out on the mound where he took care of Auburn through the third and fourth innings. In the fifth inning the Tigers would strike again with another solo homerun to make the score 4-1 Auburn. The Crimson Tide would also strike in the 5th. Zane Denton would ground into a fielder’s choice with the bases loaded and would beat out the throw to first to score Andrew Pinckney and make the score 4-2. Later in the inning Sam Praytor would single into left to score Jim Jarvis and make the score 4-3.

The Crimson Tide would head out for the sixth and seventh with Smith still on the mound and Smith was able to finish seven. His final stats were seven innings pitched, four earned runs, and eight strikeouts. Connor Shamblin would come in to start the eighth inning where the Tigers would score again off of a throwing error on a bunt to make the score 5-3 in the eighth. The Crimson Tide would come out with one more shot in the ninth inning and win off of heroics again. Peyton Wilson was able to reach on an error by the second baseman for Auburn which would score Jackson Tate and put the Tide down one. William Hamiter would come to the plate with the tying run on first and the winning run at the plate. He unfortunately would go down swinging and the Crimson Tide would lose 5-4.