Tide Triumphs Over the Lions in Late 8th Inning Rally 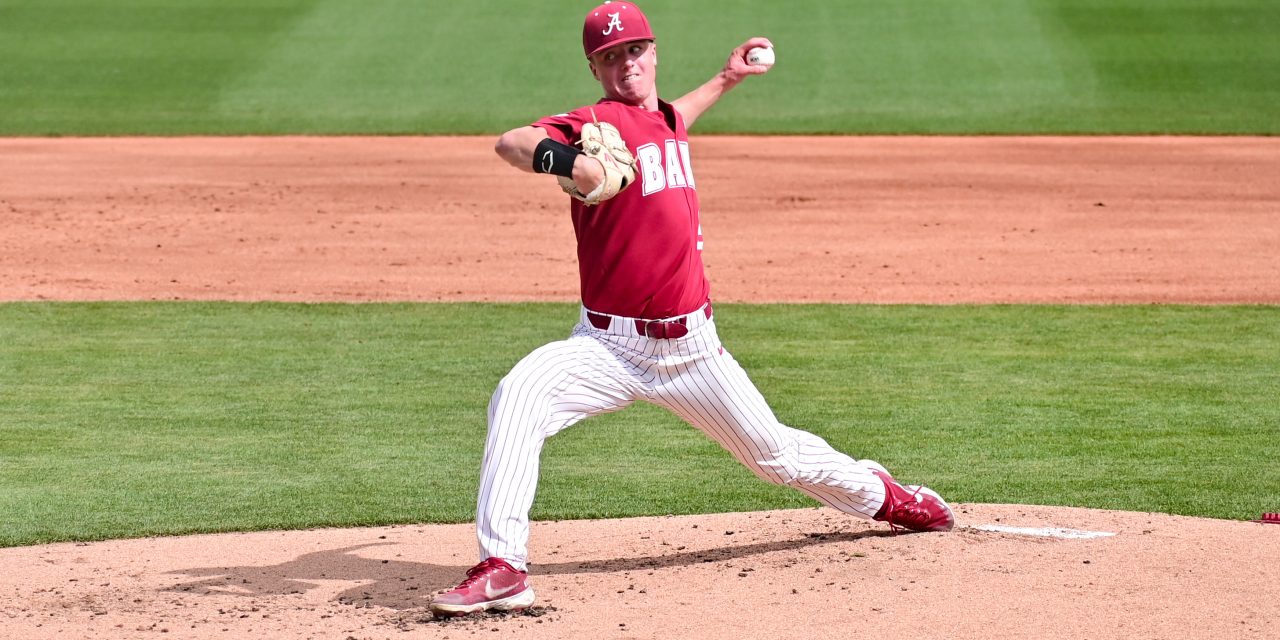 1st pitch was 6:02 PM at beautiful Sewell-Thomas Stadium here in Tuscaloosa, Alabama today as the Crimson Tide took on the North Alabama Lions. The Tide were looking to continue their success after winning the series Sunday against in-state rival Auburn, but the bats came out slow tonight. Freshman Grayson Hitt got the start on the mound for the Crimson Tide but immediately found himself in trouble. Of the first three hitters he faced, he walked two and the other singled. He then made the fourth hitter fly out which scored a run for the lions. This would be the end to Hitt’s day as he only pitches one third of an inning. After the top of the first inning, the Lions led 3-0.

The Lions wouldn’t be the only team who scored in the 1st inning. Peyton Wilson led off the bottom of the 1st inning with a walk. Later on in the inning Designated Hitter Sam Praytor hits a homerun over the left field fence to make the score Lions 3, Crimson Tide 2. In the bottom of the second, after an error and walk by the Lions, Catcher Johnny Hawk would hit a fly ball into deep left field for a sacrifice out, scoring Center Fielder Jackson Tate to tie the game at three.

After 4 innings of no scoring for either team, UNA’s bats would again wake up in the 6th as they scored two more runs to make the game 5-3. The Crimson Tide answer in the bottom of the seventh scoring 2 runs of their own courtesy of a Sam Praytor double yet again tying the game. UNA will score again in the 8th making it a 6-5 game. Once Jackson Tate led the inning off with a walk, the Crimson Tide never looked back. After Tate, Drew Williamson is also walked and Jim Jarvis is hit by a pitch to load the bases with no outs. The Crimson Tide turned to Pinch Hitter Andrew Pinckney to at least tie the game. He will hit a sacrifice fly ball into right field which will be caught yet score a run and tie the game. Peyton Wilson will come up to the plate and hit a ground ball to shortstop who throws the runner out at second however, Wilson beats the throw at first keeping the inning going. William Hamiter comes to the plate and singles home two more runs to give the Tide a two run lead 8-6 over the Lions.

At the beginning of the 9th inning with North Alabama’s best hitters coming up to the plate, Alabama pitcher Chase Lee wouldn’t be denied. He strikes out the side to end the game and give the Crimson Tide a 8-6 victory over the UNA Lions. Alabama scored 8 runs on 6 hits while also recording two errors. Chase Lee gets the win and Sam Praytor will be the offensive player of the game going 3-4 at the plate just a triple shy of the cycle while also scoring a run and driving in 4 runs for the Crimson Tide. Alabama will travel to Lexington, Kentucky to take on the Kentucky Wildcats this weekend as they look to improve their SEC record.