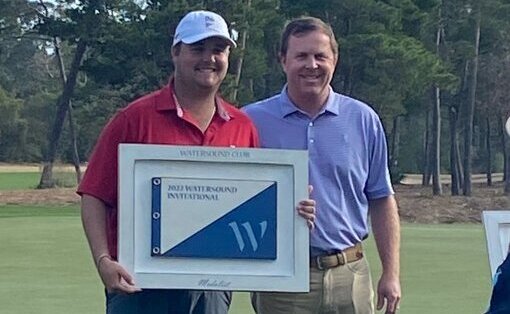 PANAMA CITY, Fla. — Canon Claycomb never looked back after taking the lead at the Watersound Invitational, going wire-to-wire to earn his first collegiate victory on Tuesday.

“It was awesome,” he said after the round. “I felt like I didn’t miss a shot this entire weekend.”

Winning is awesome, but these other 5 guys deserve a lot of credit as well. I love my teammates more than anything in the world and have full belief in all of them. Spring season is a full go! pic.twitter.com/ag4573KnPC

It certainly must have looked that way to his opponents.

The Crimson Tide junior recorded three consecutive rounds in the 60s, posting scores of 67-66-69 for the three-day tournament.

He made 17 birdies over three rounds, and played the par-fives in 11-under-par.

“I am very happy for Canon. I think he’s made a personal decision to refocus and rededicate himself to the game of golf. He will build off this win and it will only give him more confidence that what he is doing is working,” said Coach Seawell.

On route to his win, Claycomb helped lead the Alabama Men’s Golf team to their highest finish this season, placing second (-10).

“I think this is just a sign of the hard work they have put in,” said Head Coach Jay Seawell after the tournament.

Alabama had to fight through some stiff competition, as the field at Shark’s Tooth Golf Course featured 11 other top 50 ranked teams in the nation. These teams included 18 of the top 100 collegiate players in the country.

The Crimson Tide finished the opening round in 10th place, but would catch fire over the next 36 holes.

They would shoot twelve-under on Monday, and jump into a tie for third.

@AlabamaMGolf with a fantastic effort on moving day at the Watersound Invitational. Started the day T10, but shoot -12 as a team to move into third. They'll start tomorrow's final round 10 shots behind Georgia Tech.@wvuafmsports

Alabama’s six-under-par final round would be the lowest in the field by two shots.

“In this tournament, we had a chance to come and face some of the nation’s best teams and we showed what we are capable of. This was a big step for this team from a confidence point of view. Especially after a bad back nine in the first round,” said Coach Seawell.

Sophomore JP Cave opened the tournament with a 79, but would post back-to-back 69s to finish tied for 23rd overall (+1). He had the lowest round of the final day for the Tide, including an eagle on the par-5 17th hole.

Junior Dillon West and graduate transfer Charlie Nikitas both added even-par 72s in the final round, including combining for seven birdies and no bogies over the final nine holes. They tied for 38th overall (+5).

Competing as an individual, junior Simms Abney would finish tied for 52nd overall (+9). He was one of four Tide golfers to post an under-par score in round two with a one-under-par 71.

Georgia Tech would win the team title, finishing at 15-under-par for the tournament.

Alabama will look to build on their second-place finish next week at the Cabo Collegiate in Cabo San Lucas, Mexico.

Nicholas Pursley is a sports journalist currently covering Women's Basketball and Men's Golf for WVUA-FM. He is also the co-host of the Student Section's College Football Wrap-Up on 90.7 The Capstone from 7-8 p.m. on Sundays. Born and raised in West Texas, he is currently a sophomore at The University of Alabama, pursuing dual degrees in News Media (Sports Media concentration) and Political Science. In his free time, Nicholas can be found playing cello with the university orchestra and following a variety of sports (including but not limited to: Basketball, Golf, and Formula One). 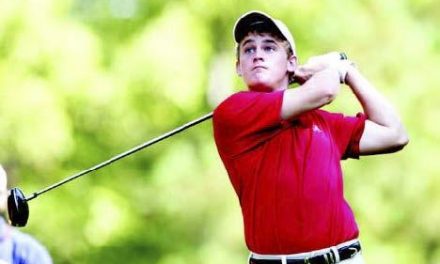 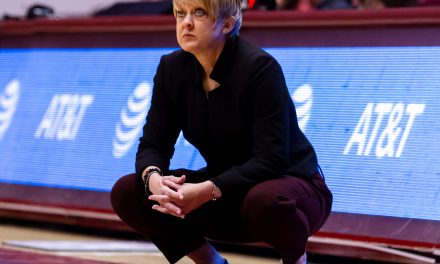