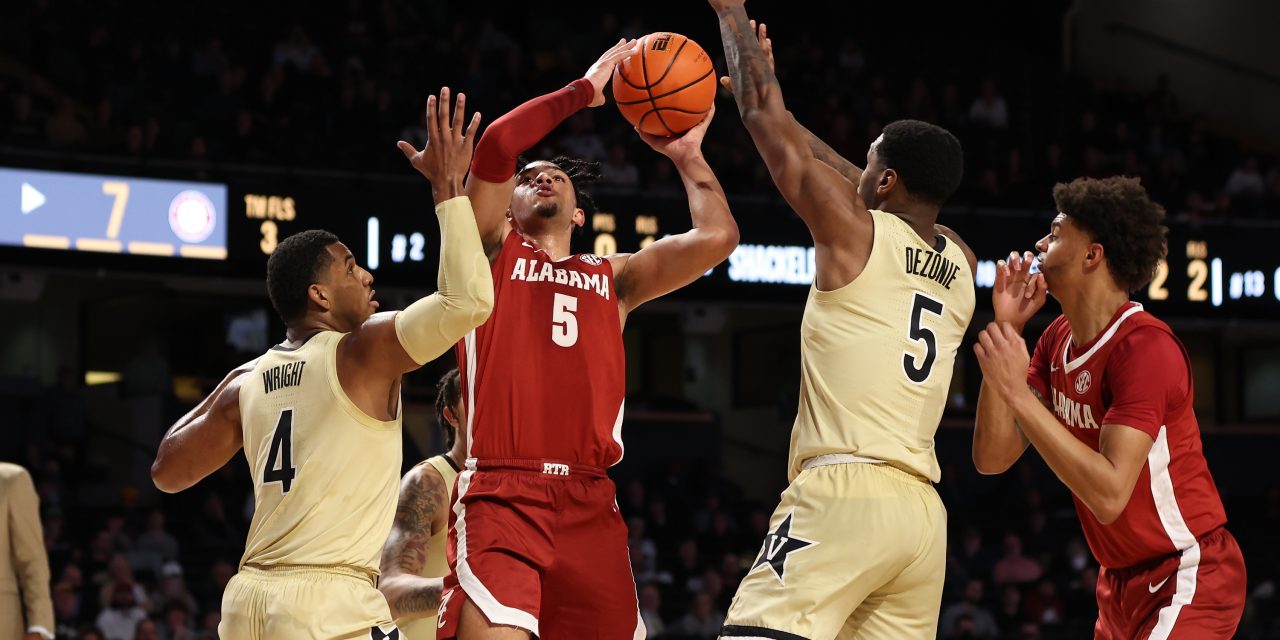 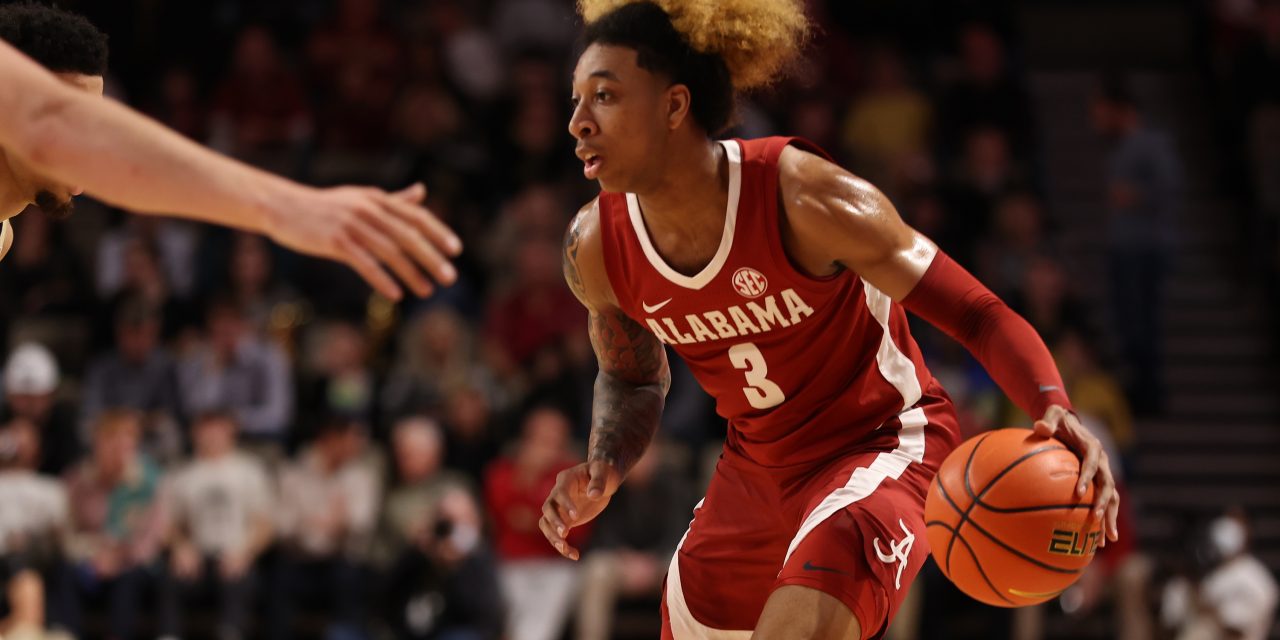 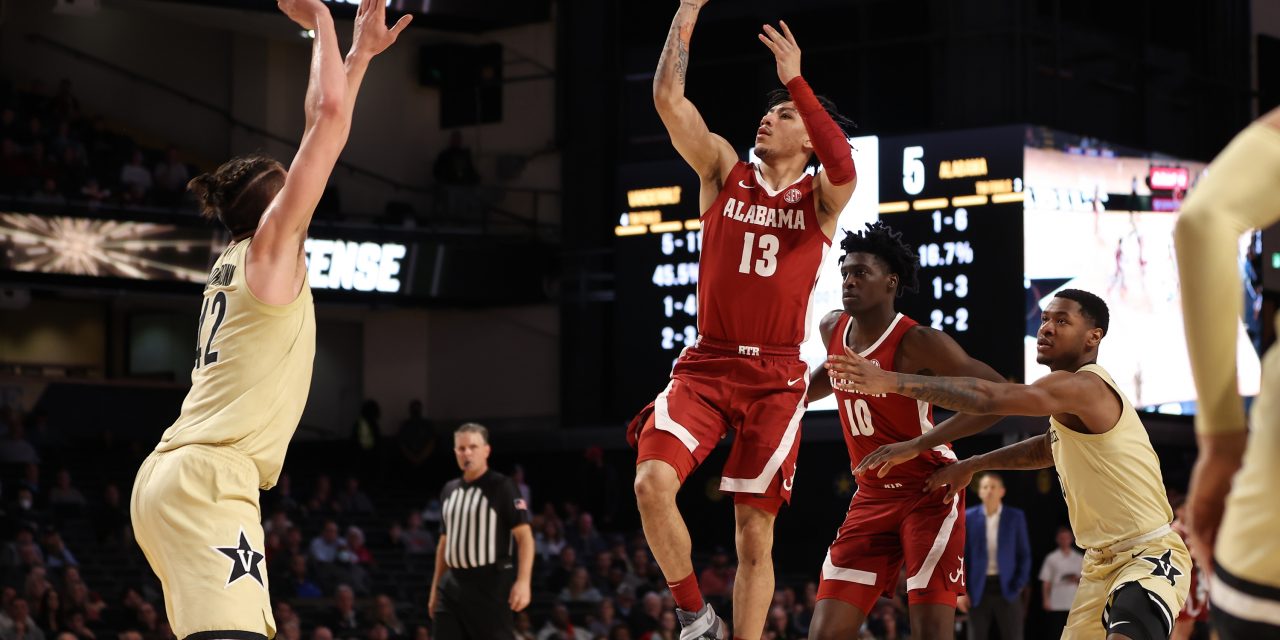 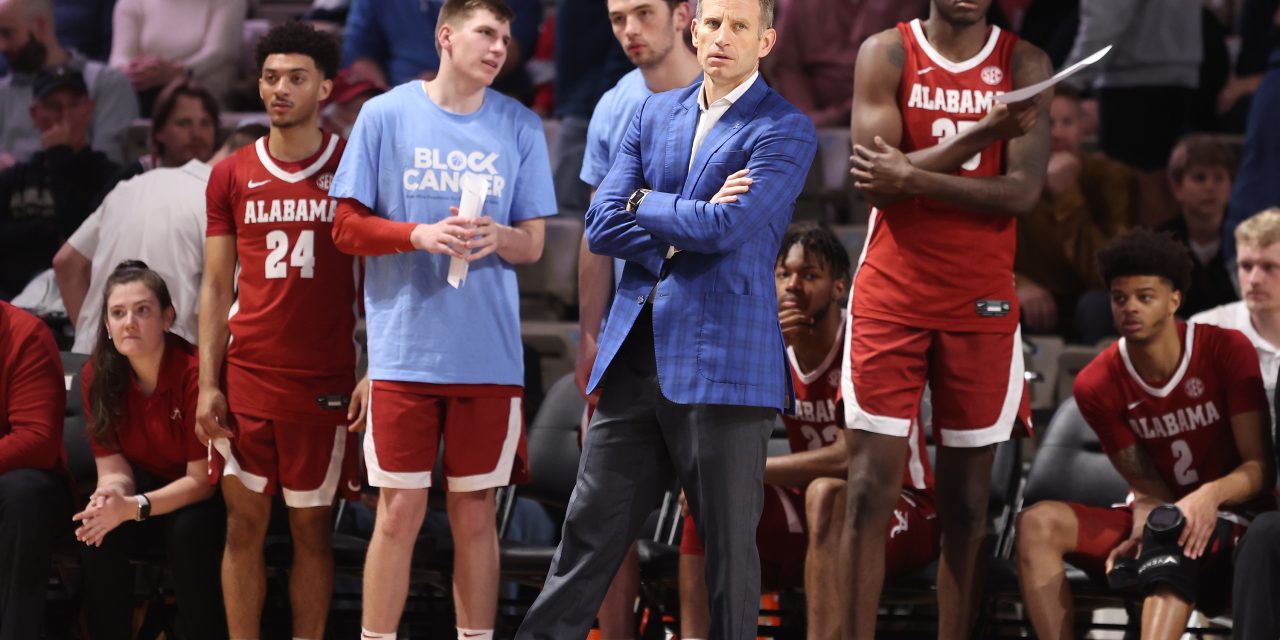 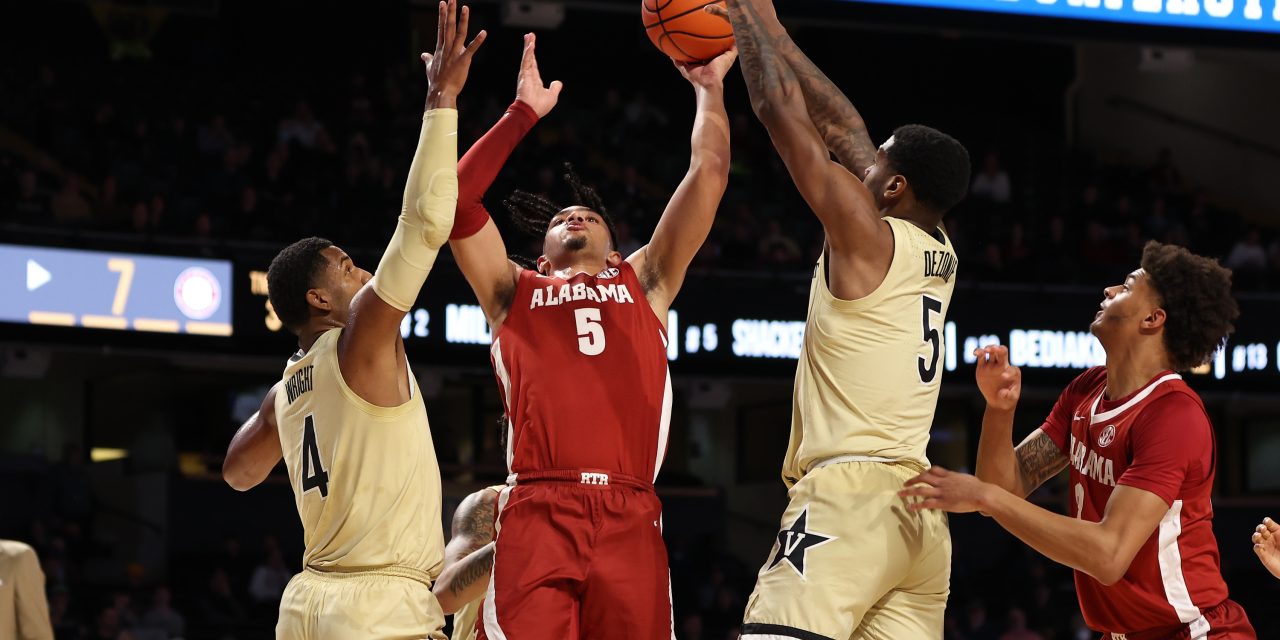 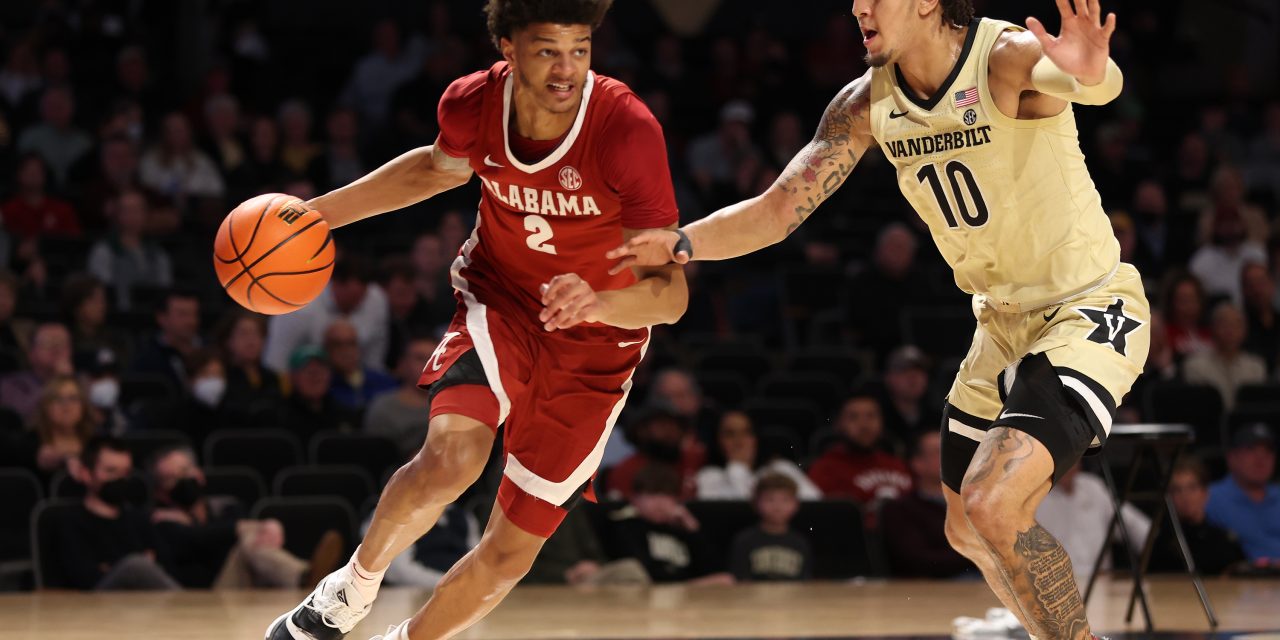 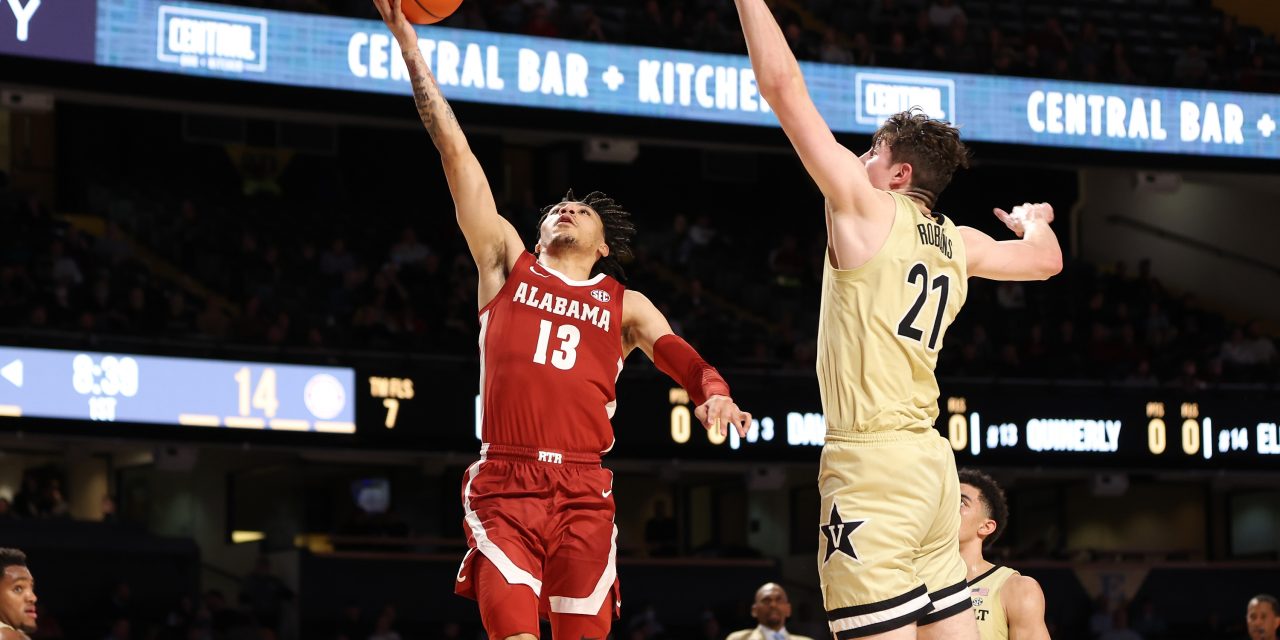 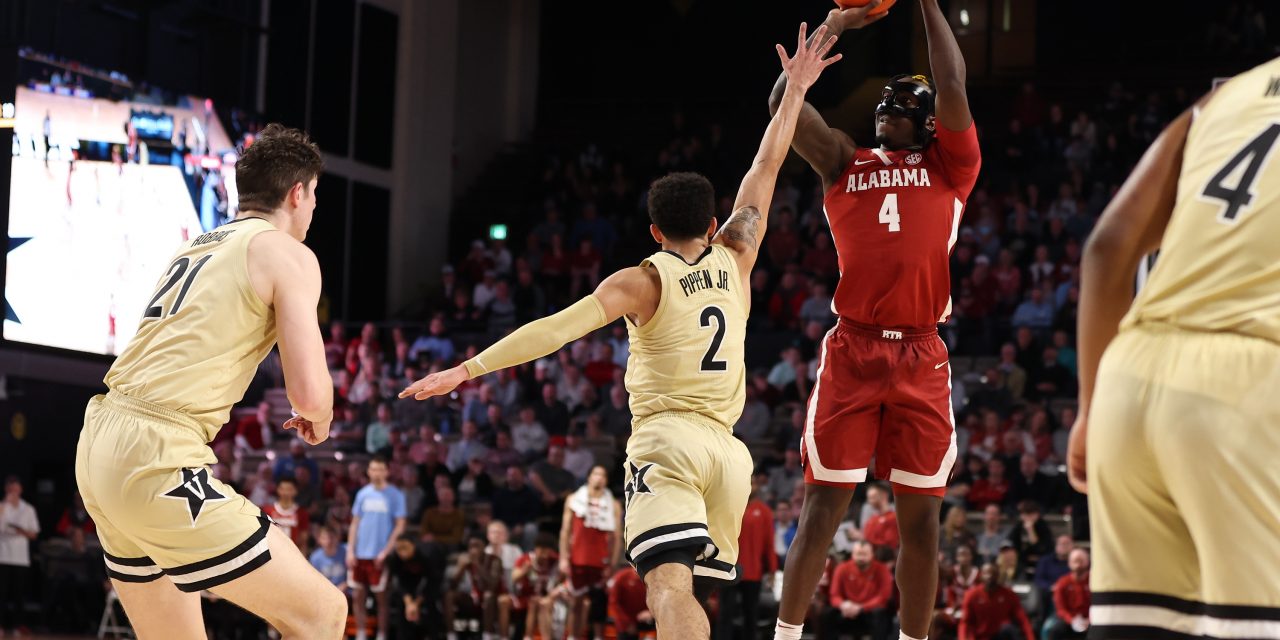 What Alabama has done consistently is find ways to send their opponents to the foul stripe. Despite a comfortable 11-point lead with just 6:53 left in the game, Vanderbilt fought back to fall just short 74-72. 13 of their final 19 points came from the free throw line. In three of the Tide’s last five games they’ve attempted less free throws than their opponent.

A large part of that problem is Alabama’s tendency to foul in the restricted area. In just 11 minutes of play, Charles Bediako put up an impressive stat line of 6 (2-2 FG) points, 4 rebounds and 1 assist; Bediako also fouled out. His presence is crucial to Alabama’s half-court defense, but at the moment he’s a liability due to his personal foul habit; he’s racked up 9 in his last three games.

The Tide needed a spark in the 2nd half and got an offensive explosion from Jahvon Quinerly, who came off the bench after J.D. Davison got the start. Quinerly scored 17 of his team-leading 19 (6-12 FG, 3-3 3PT) points in the 2nd half. Davison, in just his 5th start of the season, notched a double-double with 10 (3-8 FG, 1-5 3PT) points and led the team in rebounds with 10 and assists with 5.

The No. 24 Alabama Crimson Tide have hit their stride and won four of their last five games, their most recent being their 74-72 road victory against the Vanderbilt Commodores. The Tide will play the first of their final three games on Feb. 26 when they return to Coleman Coliseum to take on the 16-10 (7-7 SEC) South Carolina Gamecocks. Tip off will be at 5:00 p.m. CST.

Women's basketball to face Florida in Power of Pink game