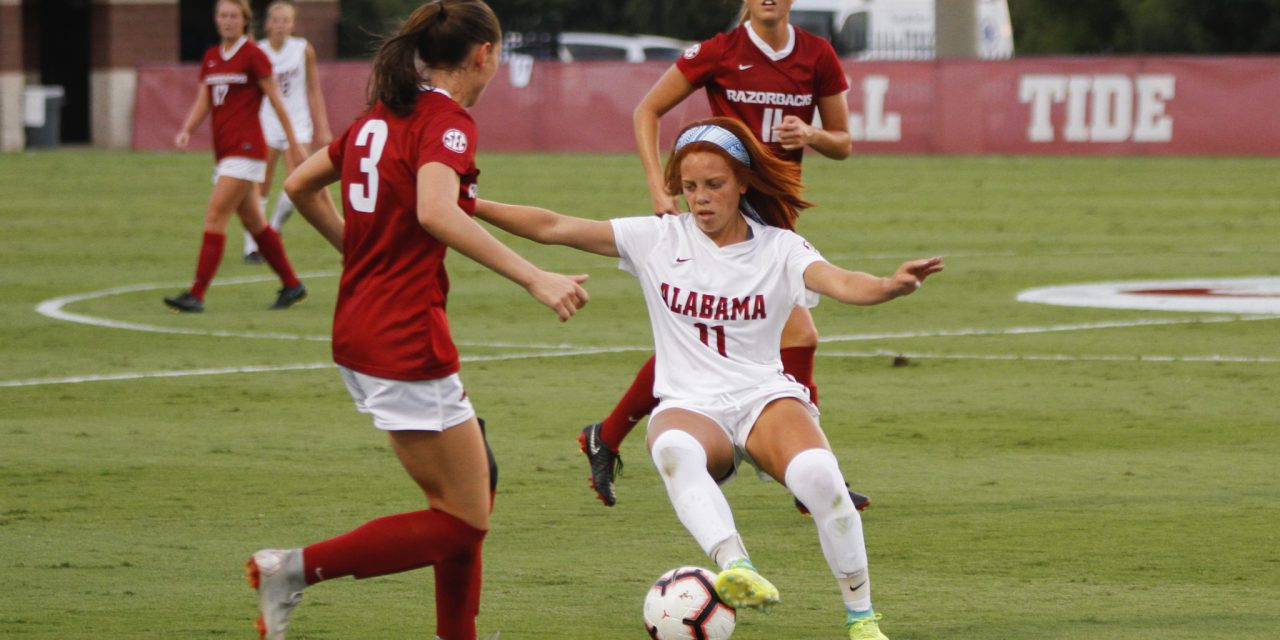 University of Alabama Soccer kicks off the spring season on Friday.

“It’s been a long offseason, so we’re ready to get back,” Riley Mattingly, a sophomore on the team, said.

The first game of the season will be against the UAB Blazers in Birmingham at 7 p.m. Mattingly said she wished the season started at home, but she is not worried about traveling to UAB as it is close to Tuscaloosa.

Alabama had a fairly successful fall season. The Crimson Tide ended the fall season with an overall record of 10-7-3.

Alabama’s 10 wins in the fall included four away games, five home games and one game on neutral territory. Breaking this down further, Alabama lost only two games away and tied three.

However, this loss was not until the Tide beat Auburn 2-1 in overtime. This game happened only a week after Alabama lost to Auburn at home, 2-3, in double overtime.

“We definitely are unsatisfied with how the tournament went,” Mattingly said. “I think we expected to go farther, but it definitely boosted our confidence,” she said.

All home games occur on Saturday afternoon or Friday evening. Admission is free for students. Mattingly said the fans who come to games and support the team “help more than they know.”