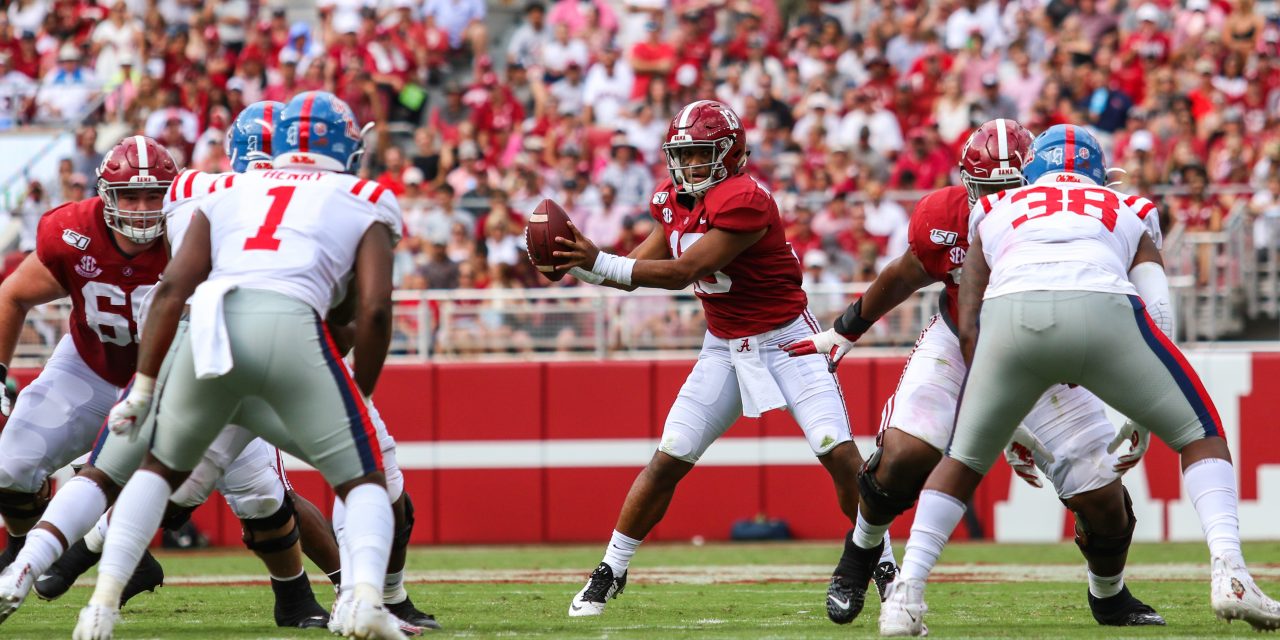 The NFL Combine is now complete, and teams have a plethora of information to wade through as we approach free agency.

As can be said for every scouting combine, some players impressed and some disappointed. Others opted to skip drills completely and focus on the interview process as they are called to a room to speak with the most powerful power brokers in the NFL.

Here is a look at the players who made themselves some money on NFL Combine weekend, whether on the field or in the headlines:

Burrow remains the clear pick at number one, despite his small hands. The quarterback who joked that he was considering retirement reportedly had good conversations with the Bengals and should remain at the top of mock drafts. The Bengals are in a full rebuild and hoping to get things kickstarted by adding a local kid. Burrow also took the time to dispel any rumors that he would hold out from the Bengals during his media session, calling himself a “baller.”

Tagovailoa was the center of widespread discussion over the weekend, despite never touching the field. The Washington Redskins new head coach Ron Rivera told reporters that the team planned to meet with both Burrow and Tagovailoa as it evaluated its decisions moving forward. This sparked controversy with last year’s first round pick Dwayne Haskins, who saw negative press that suggested he was not the quarterback the Redskins had hoped.

Young opted not to work out or run the 40-yard dash at the combine, opting to wait until his pro-day to show scouts what he can do. This drew criticism from some but will not affect his value on draft day. The only way that he falls, even to third, is if the Redskins do opt to take a quarterback.

Okudah is the best coverage corner in this draft class and was not shy to shut down a reporter who called him “sloppy” during an interview. Okudah’s numbers speak for themselves on the field but he left more to be desired in his workout on Sunday. If the Giants stay put at four, taking Okudah makes the most sense as they retool in the secondary.

Herbert continues to shoot up draft boards as he competes uncontested at the biggest events, in front of the most scouts. With Burrow and Tagovailoa on the sideline, Herbert has taken full advantage of the talent gap between the top three and the rest of the field by impressing at every turn. If the Redskins jump on Tagovailoa at number two, it will be important for the Dolphins to jump on Herbert before the Chargers move up and grab him.

Isaiah Simmons is the best prospect in this draft. He ranks number one on my board and has only widened the gap with a stunning weekend at the combine. His ability to play every position and lack of red or even yellow flags make him a lock to make an impact on an NFL roster for years to come. If the Chargers strike out in the quarterback sweepstakes, there is no reason to reach on the next tier, accept Simmons as a consolation prize and look to move up in the second round.

Brown is a strong and powerful defensive lineman who can make an impact in either a 4-3 or a 3-4 system. Nothing has changed for him since the combine and that is why he stays put at number seven. The Panthers will look to add spark on offense in free agency but getting a polished young lineman to put in the middle will be huge in the absence of Luke Kuechly.

More reports from the combine that have shaken up mock drafts, Lamb is coveted by young quarterback Kyler Murray. The Cardinals have already sold out to support their young signal caller so taking his favorite receiver in the first round makes sense as they look to give Kliff Kingsbury more to work with.

Kinlaw remains a solid prospect who has made a name for himself as one of the top defensive linemen in the class. He impressed early in the process with his skill level and makes sense for the Jaguars who need help on the interior of the offensive line and defensive line.

Becton made himself a lot of money with a shockingly fast 40-yard dash time for a man of his size. Combining that speed and power into one tackle prospect will make him too hard to pass up for lineman needy teams like the Browns. Cleveland needs to protect Baker Mayfield and selecting Becton could be the first step in that process.

No. 7 Florida takes series against Alabama