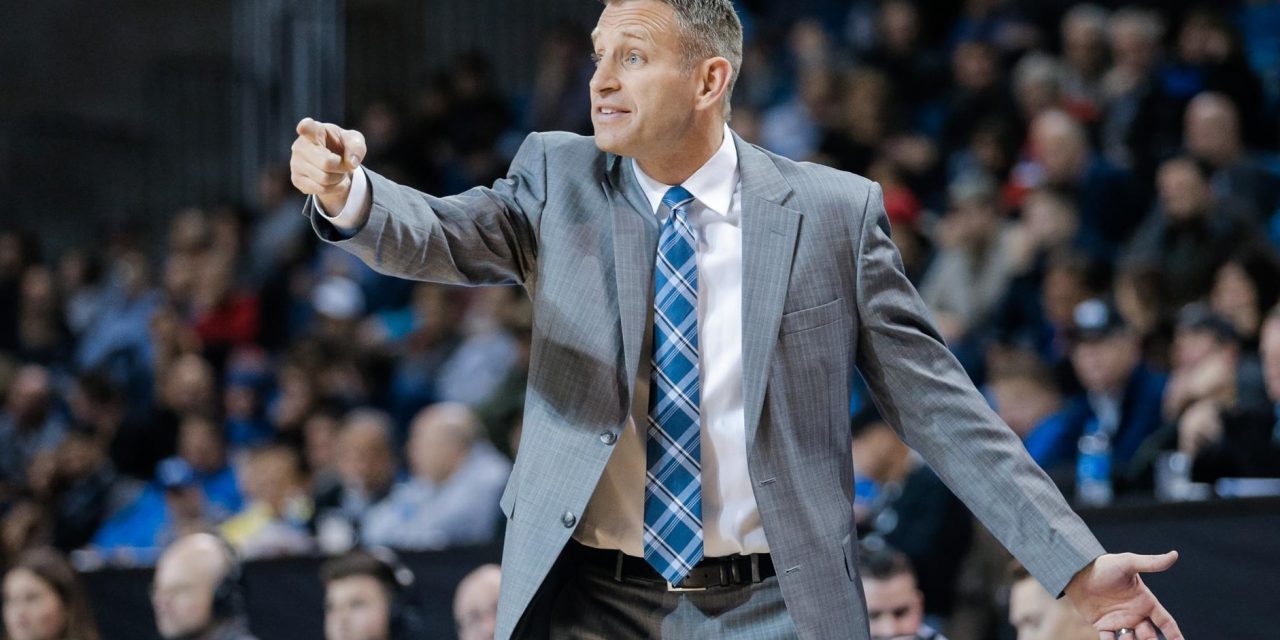 One year ago, today, Alabama’s athletic director Greg Byrne sent a tweet that would change the course of Alabama basketball. With the Twitter world buzzing about Thad Matta and the supposed flight that Byrne had taken, he fulfilled his promise to be the only source of information about the coaching search.

Nate Oats arrived in Tuscaloosa with a promise to bring blue collar basketball to the south and change the mindset of the players, the program and the fans.

All things considered, year one under Oats can be considered a success, and on the one-year anniversary of his arrival, we are all reminded of the progress.

With the commitment of Josh Primo, a borderline five-star recruit from Canada, Oats has made a statement that blue collar can not only be fun but attract big talent.

Through the early months of the new regime there were ups and downs, twists and turns and a long list of roster tweaks to keep track of.

Almost miraculously, in today’s recruiting climate, Oats was able to retain all three of the current Alabama commits and added one of his own, Raymond Hawkins.

While Hawkins is in the portal after just one season, the work done by Oats to keep Jaden Shackelford from flipping will have an impact far past this season as he looks to come back stronger following his SEC Freshman Team honors.

Then, there was the mess to untangle in the transfer portal. With Kira Lewis Jr., John Petty, Tevin Mack and others on the market, the new staff was able to pull back the two leading scorers from the previous season and made some tough decisions on who to let go.

They quickly got to work with others in the transfer portal, signing former five-star guard Jahvon Quinerly, West Virginia graduate James “Beetle” Bolden and Junior College standout James Rojas to fill out the roster.

After putting the pieces of a roster back together, it was time to get to work. Oats had bought himself some credibility among the fans, but he was determined to overhaul more than the roster.

They quickly went into a training routine that included more cardio than any of the players had ever experienced and focused more on their ability to get out and run than the previous system.

Look no further than sophomore Javian Davis to see the results, he cut more than 40-pounds over the offseason and went from an end of the bench spectator to a contributor during SEC play.

But, just as the momentum of the Tide seemed unstoppable, news broke of a torn ACL… and then another.

Both Rojas and Juwan Gary, a freshman that the Avery Johnson staff had stolen from South Carolina, would miss the entire season as they rehabbed one of the most difficult injuries in sports.

Then, as Alabama looked to find depth anywhere on the roster, the NCAA gave their judgement on Quinerly’s status:

Despite and appeal and many jabs at the injustice of the ruling and references to what the family and the staff felt harmed the young man’s first season in college basketball, he would not be suiting up for the Crimson Tide this season.

A tough non-conference schedule further tattered the already frail Alabama roster. Injuries to Bolden and Alex Reese led to a shaky start to the season.

Despite the rough luck with injuries, fans were enamored with the new play style, the shots form the perimeter and the intensity on defense. Oats had brought something out of the players that the fans had never seen from them before, a fire, a true desire to play their hardest on the defensive end.

As the calendar turned and conference play began, Oats had the team in great position to make a push toward the NCAA tournament.

A four-game win streak that included home matchups against Auburn and LSU topped the list of wins in year one and had fans more hopeful than ever that the team could make it back to the big dance.

Despite his incredible one-handed free throw shooting and the rebounding numbers that even opposing coaches could not help but commend, Jones’s performance was not enough to pull the Crimson Tide into the position they needed as the season came to the end.

A season that to some felt cursed, not only for Alabama but for college basketball as a whole, was about to take an unprecedented turn.

On the eve of Alabama’s first-round matchup against Tennessee at the SEC tournament, commissioner Greg Sankey announced that attendance would be restricted to family members for the remainder of the weekend.

In response to the everchanging news about the spread of COVID-19, the league continued to monitor the situation and ultimately cancelled the entire event just hours before Alabama was set to tip-off.

With the news of the cancellation, the team returned to Tuscaloosa, where many of the players decided to hang out on the infamous Strip.

Late that night, Reese was arrested by the Tuscaloosa Sheriff’s department for public intoxication. He later issued and apology and stated his intention to grow from his mistakes that night.

With no SEC tournament, no NCAA tournament and not even a NIT bid to wait on, it seemed an awkward, premature end to year one under Oats.

But now, as we look back at the first year under coach Oats, we also look forward as fans celebrate the signing of another top prospect.

By pairing Primo with Alabama’s only current signee Keon Ambrose-Hylton, Oats and his staff have the student section ready to sing “O Canada” before each game next season.

In the coming weeks and months, the roster will fill out and the preparations will begin for year two of Nate Oats, but for now fans can play out the countless scenarios in their head knowing that their coach has never missed out on a NCAA tournament bid.

Rolling with the Tide: Alabama versus LSU