With Home Court Advantage, Tide Roll to a Blowout WNIT Victory Against Houston 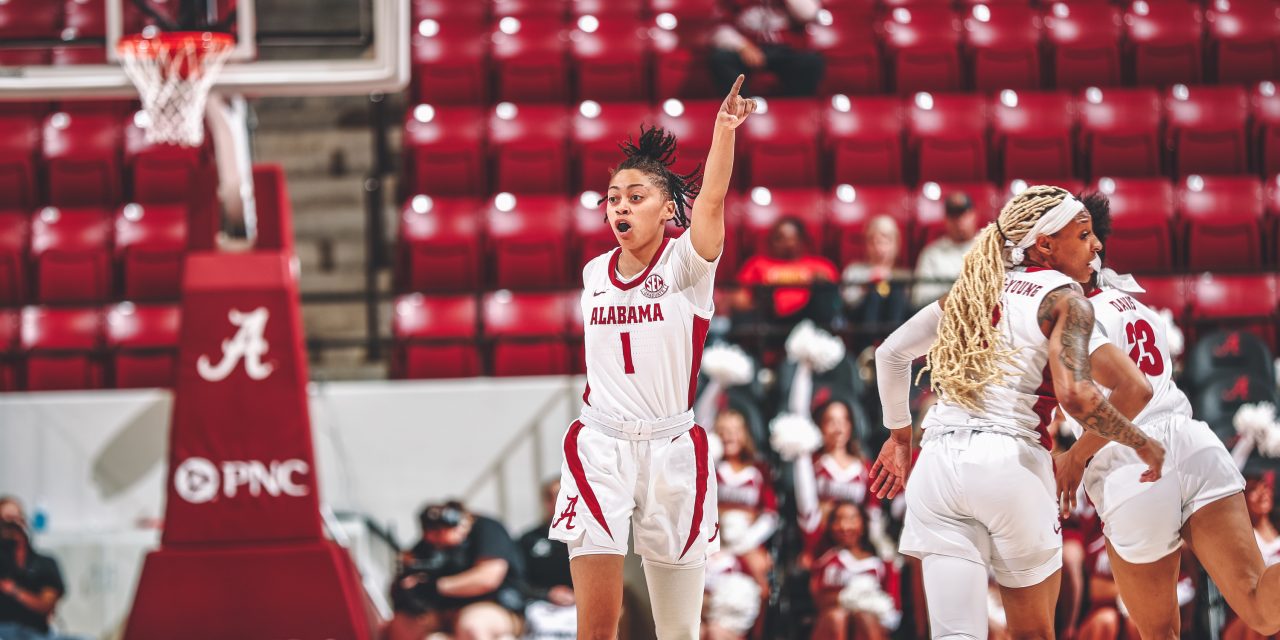 TUSCALOOSA, Ala. — Alabama took advantage of a lively home arena to blowout the Houston Cougars 79-64 in the third round of the WNIT.

“The crowd was definitely a huge factor,” said senior guard Megan Abrams after the win.

Alabama spent the days leading into the game encouraging the fans, especially students, to come cheer them on inside Coleman Coliseum.

The contest marked their first game back at home since February.

A decent-sized crowd in the building, including the largest student section I've seen at an @AlabamaWBB game this season.@wvuafmsports

The fans showed up, and the Crimson Tide put on a show.

In front of one of their largest crowds of the year, Alabama’s star trio of Abrams, Brittany Davis and JaMya Mingo-Young put together another memorable game, combining for 53 points.

Abrams scored 18 for the Tide while also adding a career-high six steals.

Mingo-Young continued to be Alabama’s jack of all trades, finishing with 17 points, six rebounds, four assists and two steals.

The Tide started the game on fire, shooting 66.7% from the field to jump out to a 12 point lead in the opening quarter.

One of the best offensive quarters Alabama has put together this season.

Everyone looked prime to score in front of the home crowd, as seven different players made a bucket for the Crimson Tide in the opening ten minutes.

It looked like the Cougars would be packing their bags at halftime, but they would come roaring back with a 17-4 run in the second.

After Houston took their first lead of the game, both teams would battle in the closing minutes of the first half.

Following a three from the Cougars, Abrams would knock down one of her own at the buzzer to tie the contest headed into the locker room.

Just like a brand new game in the second half. pic.twitter.com/lmVITuDvmB

Both teams’ offenses came out of the break flat, making just four shots between them for the entire third quarter.

Despite the poor shooting, Alabama’s ability to draw fouls inside allowed them to jump out to a five-point lead on free throws alone.

“We were fortunate to come out in the third and play a little bit better defense, get some stops and get to the free-throw line, and be who we needed to be,” said Curry.

Over the course of the quarter, Alabama would shoot 16 free throws compared to just four for the Cougars.

The Tide would eventually get rolling, going on a 16-4 run to close the third that would give them a comfortable 16 point lead with ten minutes to play.

Houston tried to cut into the lead, at one point getting it down to just nine points, but the deficit proved to be too much to overcome.

With the win, Alabama now advances to the quarterfinals of the WNIT where they’ll face South Dakota State on Sunday. Tip is set for 5 p.m. CT.