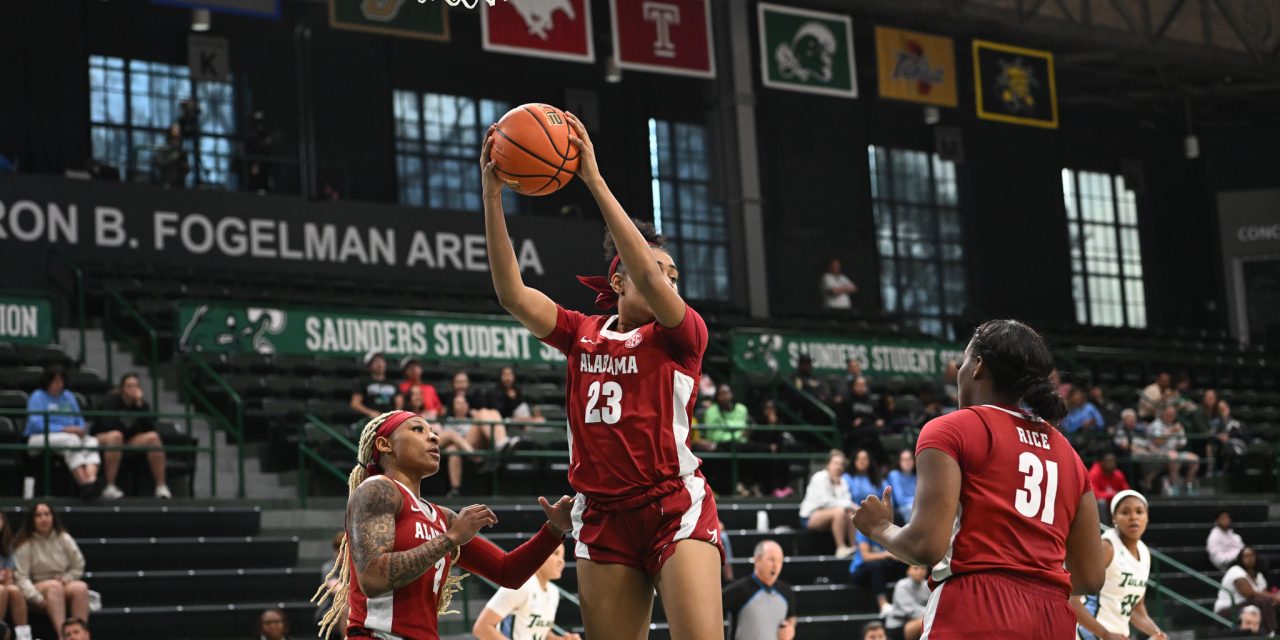 NEW ORLEANS — Alabama tamed the Green Wave in the second round of the WNIT, defeating Tulane 81-77 in a back-and-forth contest that featured 20 lead changes.

Down four with 3:47 to go, the Tide would go on an 11-3 run highlighted by an and-one layup from Mingo-Young that all but sealed Tulane’s fate.

Alabama leads by three with 21 seconds to go.@wvuafmsports

The Tide’s star trio of Brittany Davis, Megan Abrams and JaMya Mingo-Young combined for 62 points, knocking down 23 of their 25 free throws in the process.

As a team, Alabama had one of their best shooting nights of the season, going 50% from the field, 47% from deep, and 89% from the line.

Seemingly everyone was involved in the offense.

Davis, despite struggling from deep this postseason, has continuously found other ways to impact the game. She contributed yet another double-double for the Tide, while also adding four assists.

Abrams had a lot to celebrate following Monday’s game. Not only are the Tide headed to the Round of 16 in the WNIT, but she’s also passed the 1,000 point mark in her career at Alabama while doing so.

Mingo-Young had an efficient night, shooting 5-7 from the field that included two threes.

Hannah Barber knocked down four threes on the night, her second time doing so this postseason.

Both teams battled throughout the game, but Alabama’s ability to draw fouls inside put pressure on Tulane to continue their offensive output.

The teams combined to shoot 45 free throws on the night, but the Tide managed to get nine more attempts while maintaining their efficiency from the charity stripe.

“Just a lot of gritty plays in a tough environment,” said Curry.

Alabama will now head home to take on Houston Thursday in Round 3 of the WNIT. Tip is set for 6 p.m. CT.