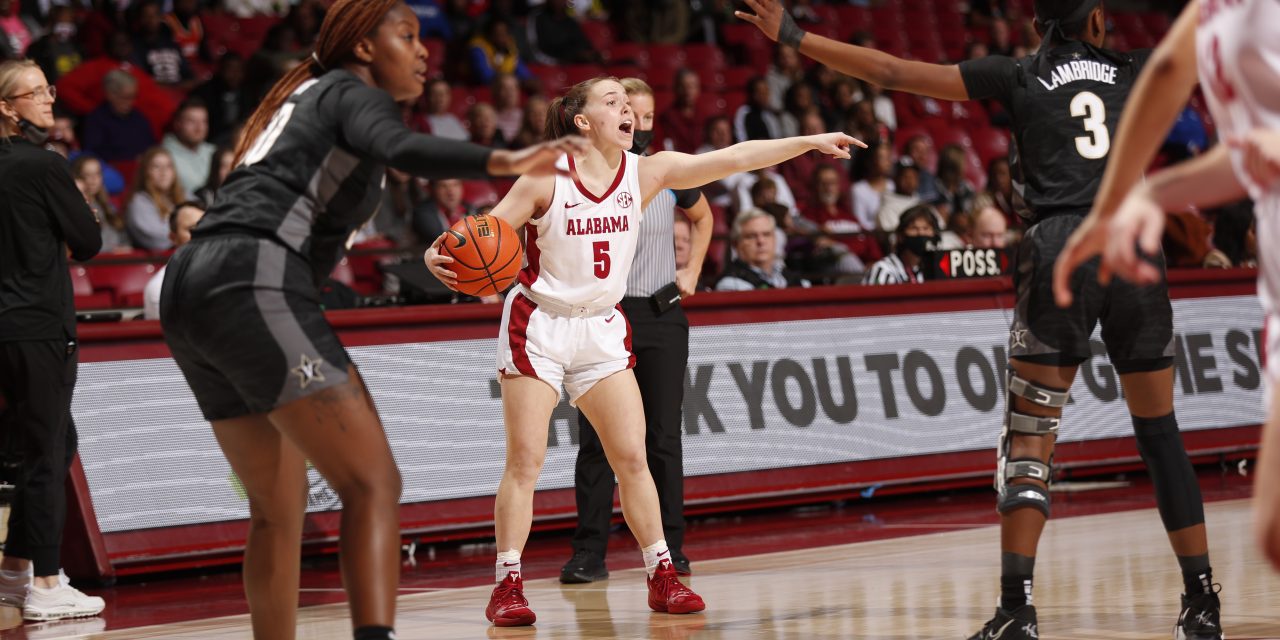 TUSCALOOSA, Ala. — The vibes of the Iron Bowl will travel to Nashville this week as Alabama (11-seed) takes on Auburn (14-seed) in the first round of the SEC Tournament on Wednesday.

This will be the third matchup of the two teams this season. The Crimson Tide have come out on top in both contests, but Head Coach Kristy Curry stressed the importance of not dwelling on the past in her pre-game remarks.

“Both teams are much improved, and it’ll be a brand new test for us on Wednesday.”

Since their last matchup, the Tigers have defeated then No. 4 Tennessee and No. 21 Georgia.

Alabama will look to Brittany Davis to continue to lead their team as they step into the postseason. The newly named All-SEC Second Team guard has led the team in scoring in their last three outings, including her 32-point shooting exhibition last Sunday.

Brittany Davis was named to the All-SEC second team, the league announced today.

Davis led the SEC in points per game with 17.5 in the regular season. She’s recorded 10 20+ point games and two 30+ point games on the season so far.

Megan Abrams will look to recover some of her excellent late-season form after an unusually low-scoring six-point game from her against Vanderbilt. She also had seven turnovers in that contest.

The Tide come in having won three of their final four games, including most recently their 77-71 win over Vanderbilt.

Auburn enters the SEC Tournament on a two-game losing streak, including a blowout on the road against Kentucky 90-62.

Senior forward Aicha Coulibaly is averaging 17.3 points per game this season for the Tigers, and put up 18 points in their last game in addition to 10 rebounds.

Sophomore center Precious Johnson also comes in with good form, as she had 18 points and 10 rebounds of her own versus Kentucky.

The Alabama Crimson Tide take on the Auburn Tigers in the first round of the SEC Tournament this Wednesday. Tip is set for 1:25 p.m. and the game will be broadcast on the SEC Network.