Alabama WBB Struggles in the Paint En Route Loss at No. 8 LSU 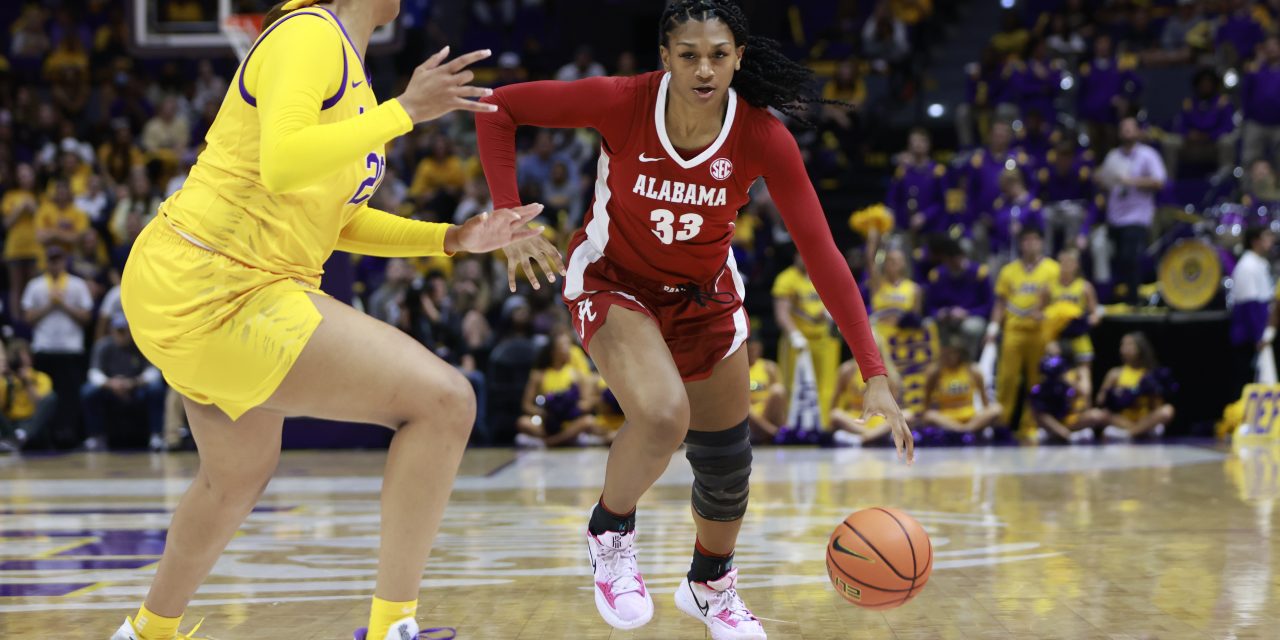 ”On a night where they dominated us inside and finished layups, we missed them.”

The Tigers took advantage of the Tide’s interior defense, scoring 36 of their points right at the rim.

“We’ve got to be tougher at the five. You can’t have zero rebounds and three points, then look up and have four rebounds and no points and be successful at the five spot in this league,” said Head Coach Kristy Curry after the game.

“It’s correctable. Certainly not being negative, but it is what it is.”

The loss ends the Crimson Tide’s streak that included back-to-back wins against No. 12 Tennessee and Texas A&M.

It seemed like things were going to get out of hand early on, but Alabama was able to fight back and make it a game.

They would shoot just 23% from the field in the first half, but hit six threes in the third quarter to make it a six-point game.

Continuing to battle, Megan Abrams would hit a three that would make it a one-possession game with 8:11 remaining in the game.

Alabama would make just three shots the rest of the game.

LSU would come up with their own 9-0 run in-between the buckets for the Tide that would put the game out of reach.

Brittany Davis would once again lead Alabama, scoring 18 points and grabbing 11 rebounds on the night. She would however lead the team in turnovers with five.

Megan Abrams found some form late in the contest, scoring 16 points after going 0-3 in the first half. She would have four rebounds, but have four turnovers in the contest as well.

The Tide wasted one of Hannah Barber’s best outings, as she had 11 points, knocking down a trio of three-pointers.

JaMya Mingo-Young had an unusually rough night, scoring just two points and picking up five fouls. She did fill up the stat sheet in other areas however, having six rebounds, three assists, three steals and a block.

On the other side, guard Khayla Pointer had an incredible game. She would finish with a near triple-double, on 23 points, nine rebounds, and eight assists.