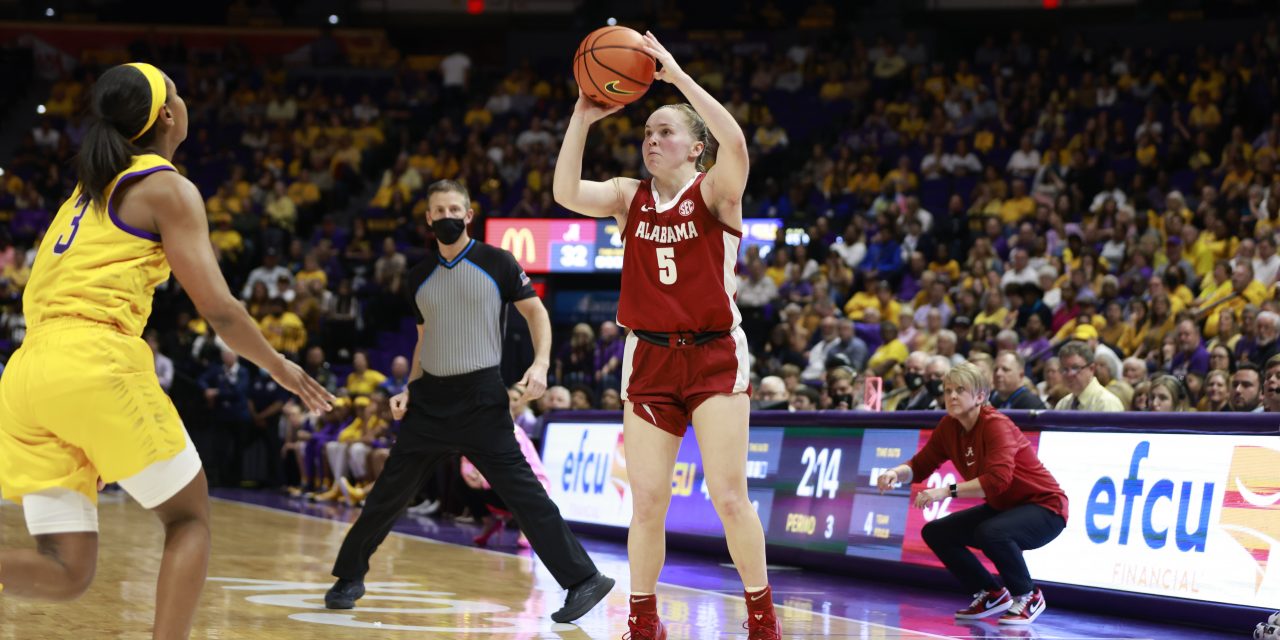 The team controls their own destiny with regards to the SEC Tournament. With a win, they would lock in the 11 seed. With a loss, the Tide could fall to the 13 seed.

With a win, the Tide would face Auburn, No. 25 Georgia, and No. 16 Tennessee in the first three rounds of the tournament. This draw features two teams that they’ve already defeated this season.

With a loss, Alabama would face Vanderbilt, No. 15 Florida, and Ole Miss in the first three rounds. While Ole Miss isn’t top-25 per the AP rankings, they sit at No. 26 in the NET ratings. What would the Tide get if they managed to knock off all three teams? A likely meeting with the unanimous top team in the nation South Carolina.

Needless to say, Alabama winning the game would be critical to their chances in the SEC Tournament and to keeping any chance of making the NCAA Tournament alive.

And just to add a little more pressure, it will also be Senior Night inside Coleman Coliseum.

The team will honor seniors Megan Abrams, Brittany Davis, Hannah Barber, Allie Craig Cruce, and Taylor Sutton following the game. It is worth noting however that all five seniors will still have a single year of eligibility remaining due to COVID-19.

Earlier this month, Alabama defeated Vanderbilt in overtime, 77-71 in Nashville. The Crimson Tide have defeated the Commodores in each of their last seven meetings.

Alabama comes into Sunday’s game off a tough loss to No. 8 LSU.

Davis and Abrams combine for 34, but the Tide are unable to overcome 18 turnovers and 18 fouls on the night.@wvuafmsports

“We need to respond.”

The biggest issue for the Tide came at the five spot, as both centers combined to grab just four rebounds while scoring three points.

Megan Abrams added 16 points, after having scored a combined 74 points in her prior three outings.

On the flip side, Vanderbilt heads into Tuscaloosa off a close loss to No. 15 Florida, 63-59.

Freshman forward Sacha Washington had a double-double on 16 points and 11 rebounds against Florida.

The Commodores caused the Gators 28 turnovers in that game, and scored 28 points off those turnovers alone.

Senior forward Brinae Alexander leads the team in scoring with 15 points per game.

Senior guard Jordyn Cambridge leads the SEC in steals per game, while freshman guard Iyana Moore ranks fourth in the SEC in three-pointers made.

The Alabama Crimson Tide host the Vanderbilt Commodores on Sunday inside Coleman Coliseum for Senior Night. Tip is set for 2 p.m. CT and the game can be seen on SEC Network+.

Alabama takes down Vanderbilt in first round of SEC Tournament