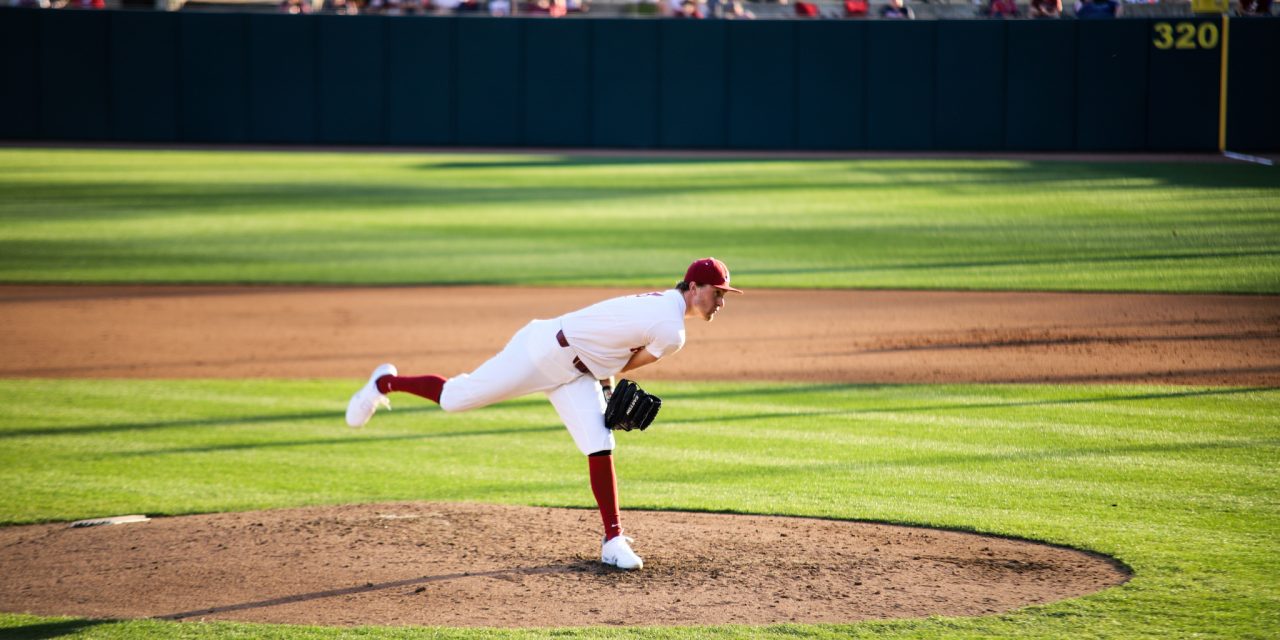 Photo by Lexi Hall from The Crimson White

The Crimson Tide fought to the end with a late comeback in the series finale against the Tennessee Volunteers on Easter Sunday, but came up short in the final inning with a final score of 9-8.

The Tide continued to struggle from the mound in this contest, giving up three runs in the first inning. However, the scored was even at the end of the first inning as a rally from Alabama brought in three runs of their own. After a scoreless second, the Volunteers added two in the third inning, Alabama again responded this time with a single run to set the score at 5-4 Tennessee at the end of the third. In the fourth the teams once again matched with one run a piece to set the score at 6-5 Volunteers headed into the fifth inning. Tennessee continued to add to its lead with single runs in the sixth, seventh, and eighth innings. However, the Crimson Tide was able to add offense of its own through two runs in the eighth to bring the game within two runs, and produce one more in the bottom of the ninth, however a chance at a late comeback was stifled in the inning one run short leading to our final score of 9-8 Tennessee.

The offensive power was spread out across the lineup in Sunday’s contest, with 7 players adding a hit to the effort. In addition, three of these seven players recorded multiple hits. Sam Praytor and T.J. Reeves were the highlights of the day with two hits and two RBI’s and one hit and two RBI’s respectively.

Connor Shamblin earned the start on the final game of the series, giving up five runs in two innings pitched. The bullpen would be called on early, with four pitchers being brought in for relief over the rest of the contest. Hunter Ruth and Jake Eddington each with two innings pitched, giving up one earned run and two earned runs respectively. They were followed by Landon Green in a scoreless inning of relief, while the game was completed by Eli Giles in the final two innings of relief giving up one earned run.

Alabama is now 16-11 (2-7 in SEC play) and will move into the upcoming week with a midweek nonconference competition against ULM on Wednesday, followed by an SEC series road trip against the Texas A&M Aggies.

Alabama baseball is ready to put its 2017 season behind it