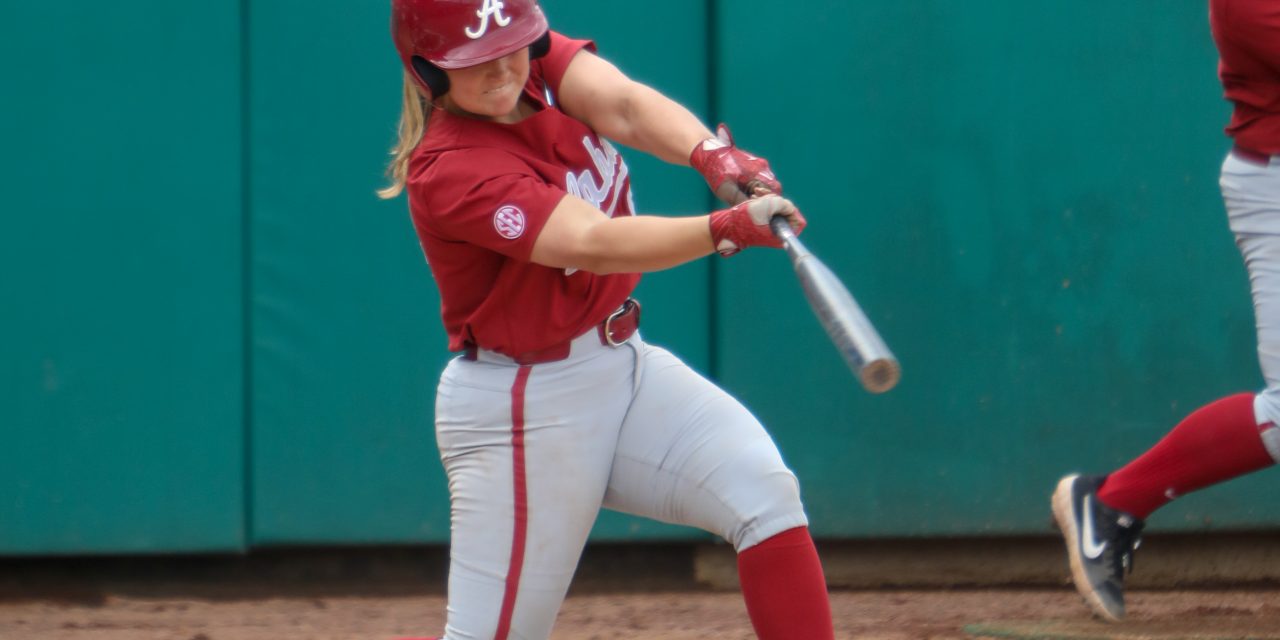 After a thrilling walk-off victory against the Minnesota Gophers to extend the winning streak to 12, the Crimson Tide looked to keep their foot on the gas during the rest of the Easton Bama Bash on Saturday in Tuscaloosa.

Starting in the very first inning, Bama got the bats going. After some great hits by Kaylee Tow (OF) and KB Sides (OF), Caroline Hardy (UT) smashed a 2 RBI-double to get out to an early 2-0 lead on the Missouri State Bears.

The Bears answered quickly with an RBI-double of their own to make it 2-1. But the Tide took over from the second to fourth innings as KB Sides, Reagan Dykes and Caroline Hardy were lights-out at the plate as they quickly extended the lead to 6-1 for the Tide.

Yet, Missouri State would not back down as Alex Boze slammed a three-run homer to get the bears back in the game with the score at 6-4. After junior Krystal Goodman (P) bounced back to retire the next batters to get the tide out of the inning, Skylar Wallace (2B) legged out an inside-the-park home run to get the Tide back in a comfortable 7-4 lead.

Then, after a last attempt from the Bears to take the game to extra innings with an RBI-single to make it a 7-5 ball game, pitchers Madison Preston and Sarah Cornell finished the game for the Tide to squeak out a 7-5 victory to stay unbeaten.

Once again, Minnesota proved to be a complication for the Tide. After no action for either side in the first three innings, Hope Bradner (IF) launched a two-run homer for the Gophers to take a 2-0 lead in the fourth.

The Tide would immediately answer the very next inning as Maddie Morgan lead off the hit-fest in the fifth as she was followed by some clutch hitting performances. After a ground out by Elissa Brown to move runners to second and third, KB Sides finally got the Tide on the board with a 2 RBI-single to tie the game at 2-2. Then, Bailey Hemphill crushed a three-run homer to take a 5-2 lead with no signs of slowing down. To finish the scoring for the Tide, Reagan Dykes would launch a two-run bomb to take a commanding 7-2 lead.

Shortly after the start of the sixth inning, Rhoads Stadium was pounded with heavy rains which would result for the game to be called early. The Tide remained undefeated as they were named the winners of the contest.

The Easton Bama Bash will come to an end for the Tide after a matchup with the University of Louisiana-Monroe Warhawks at 1:30 p.m. CT.