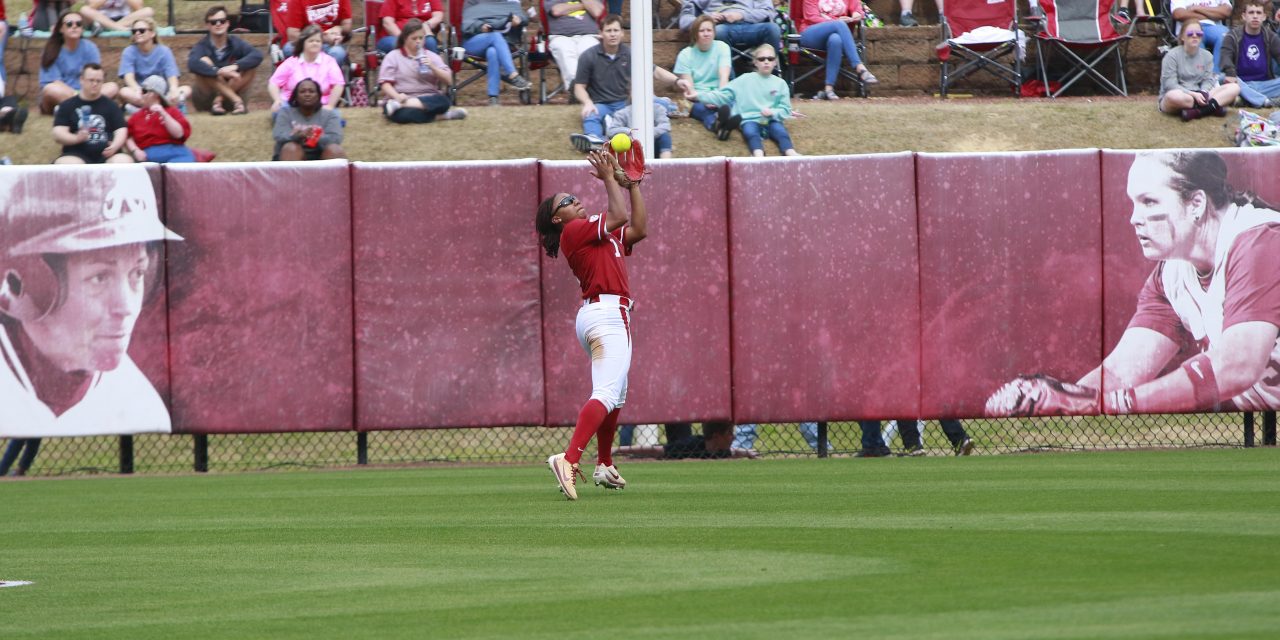 Tuscaloosa welcomed home the Alabama Softball team for their first home games of the season in the Easton Bama Bash. The Tide had previously played in two tournaments, the Trojan Classic and the Hillenbrand Invitational, where they started off their season on fire with a 10-0 record. Also, the Tide were coming off the heels of an amazing 6-1 victory over the #9 Arizona Wildcats.

In game one for the Tide, they faced off against Missouri State Bears who were looking for a huge upset win. The game started off slow for both clubs until in the second inning when senior outfielder Merris Schroeder launched a home run to right field to get the Tide rolling. The hit-fest continued with a two RBI-double from sophomore outfielder Kaylee Tow and an RBI-single from sophomore outfielder KB Sides to make it a commanding 4-0 lead in the second inning.

Yet, the Bears wouldn’t go down without a fight when they got their first hit in the fourth, breaking up junior pitcher Sarah Cornell’s no-hitter. Missouri State would then score on an RBI-single later in the inning to make it a 4-1 ball game.

The Tide quickly answered in the bottom of the fourth with seven ER of their own. To get the rally started was Sides with another RBI-single to make it 5-1. Followed by back-to-back homers from junior utility player Bailey Hemphill (3 RBIs) and senior utility player Caroline Hardy (1 RBI) easily made it a 9-1 lead. To finish the inning were back to back RBI singles to make it 11-1.

Finally, senior pitcher Courtney Gettins finished off the bottom of the fifth with three-up and three-down to win it for the Tide.

The second game of the Easton Bama Bash went quite differently than expected. Instead of a shootout, high scoring affair, a pitching duel went down in Tuscaloosa instead. The Tide hosted #24 Minnesota in the second game of the tournament. With only a combined four hits through seven innings, freshman pitcher Montana Fouts had nine strikeouts with only two allowed hits.

Finally, Claire Jenkins took the lid off with a single in the bottom of the seventh. Followed by a bunt attempt to move her up to second base with two outs, the Tide were looking for just one hit to bring home the game-winning run to stay unbeaten. They found it in junior outfielder Ellisa Brown. The lefty slap hitter took full advantage by dropping a ball in right over to send the game-winning run home.

The Tide will face off Saturday, February 23 against Missouri State at 12:30 p.m. CT. Followed by Minnesota at 3 p.m. CT.

Alabama fails to maintain early lead in loss to Xavier