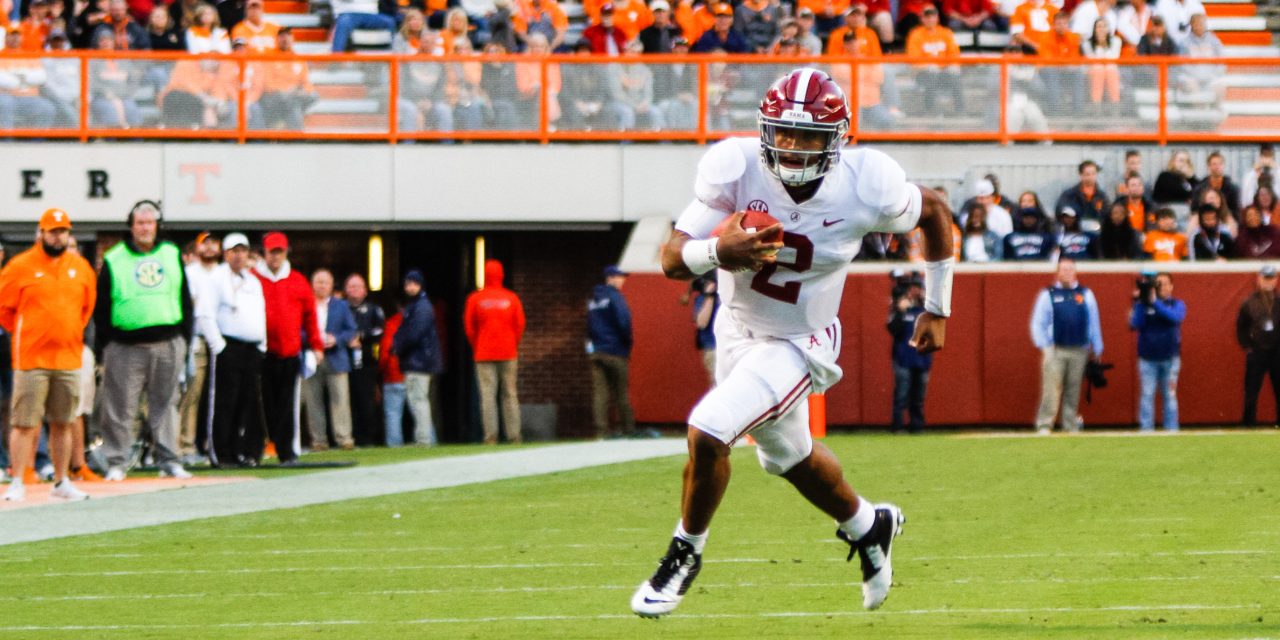 On January 9, 2019 Cecil Hurt of the Tuscaloosa News reported, via a source with “administrative access” to the NCAA Transfer Portal, that Alabama quarterback, Jalen Hurts, has entered the portal. This means Hurts is seeking options to transfer from the University of Alabama.

Hurts will be a hot commodity to programs all across the country, much like we saw with Kelly Bryant and Justin Fields.

Vegas odds listed a few schools that are most likely to land the graduate transfer. The list includes: Houston, Arizona and Maryland among others.

However, the best landing spot may not even be on that short list of programs, The University of Miami.

In order to properly understand why this would be a smart move for Hurts, one must see how he has progressed as a quarterback and a leader. Together, both attributes could make Coral Gables the best landing spot for Hurts.

On June 5, 2015 4-star dual-threat quarterback Jalen Hurts out of Channelview, Texas committed to the Crimson Tide. Here, he would compete for the starting job, ultimately beating out Blake Barnett. However, earning the position of starting quarterback for the 16-time National Champions is not where Hurts’ winning streak ended.

Hurts, as a true freshman, led Alabama to an undefeated regular season, a blow-out win over the Florida Gators in the SEC Championship and a Peach Bowl win over Washington in the CFP Semi-Final. In the end his efforts were not enough in the 2016 National Championship game against Clemson, where the Tigers scored a touchdown with one second remaining on the clock to take the lead and the win.

As a sophomore, Hurts was able to help his team return to the National Championship in Atlanta, Georgia. This ended up being the catalyst of an on-going storyline within the Alabama Football program. With Tua Tagovailoa coming into the game at halftime, doing the impossible, and seemingly winning the starting job, many thought Jalen was long-gone for his junior season, but he stayed.

His efforts seemed to have worked, but weren’t noticed by many as his sample size may have been too small while spending most of this past season behind sophomore quarterback, Tagovailoa.

Many critics have made the argument that he did not throw as many passes his junior year than he did his sophomore year, which is valid. The answer to this is rather arbitrary, but is agreed upon by many who have followed him during his tenure at Alabama. He passed the eye test. He seemed more comfortable staying in the pocket and seeking out multiple receivers to throw to. He was no longer in a hurry to escape the pocket, run it and settle for a few yards.

This is where the Miami Hurricanes come into play.

With a young Manny Diaz going from Miami Defensive Coordinator, to Temple Head Coach for a few days, to now being the Miami Head Coach, it’s safe to say there is nothing too conservative about Diaz’s style.

While at the helm of the Hurricanes defense, he led them to being ranked as the fourth overall defense in all of Division I football.

With that being said, he is a defensive-minded coach.

Now he is responsible for all aspects of the team, including a rather rogue offense that lacks a play caller and an experienced leader. Miami, as of recently, has had quarterback issues. This past season they went back and forth with junior Malik Rosier and freshman N’Kosi Perry. They have also struggled on the recruiting trail. Jalen Hurts could be the man to join the team and help the Hurricanes find stable ground.

Bringing in Hurts would also benefit the Hurricanes and Coach Diaz by granting them one more season to find, and recruit, a young quarterback that Miami fans can be confident in for at least three years after Hurts is gone. It will also make Diaz look more competitive within the ACC, Hurts could be the missing piece to aid them in taking down Clemson as the top team in the conference.

With a coach now likely to be less conservative than Alabama’s Head Coach, Nick Saban, Hurts will most likely have free range to play his own style and prove to all 32 NFL teams that he is worth taking a risk on in the draft.

Jalen Hurts has now been to, and played in, three consecutive National Championships, it is safe to say that he is chasing a platform to showcase his talents and leadership abilities over another ring.

In the end, Hurts will go wherever he feels gives him the bet chance to play at a professional level.

Baseball gets back to basics in open practice