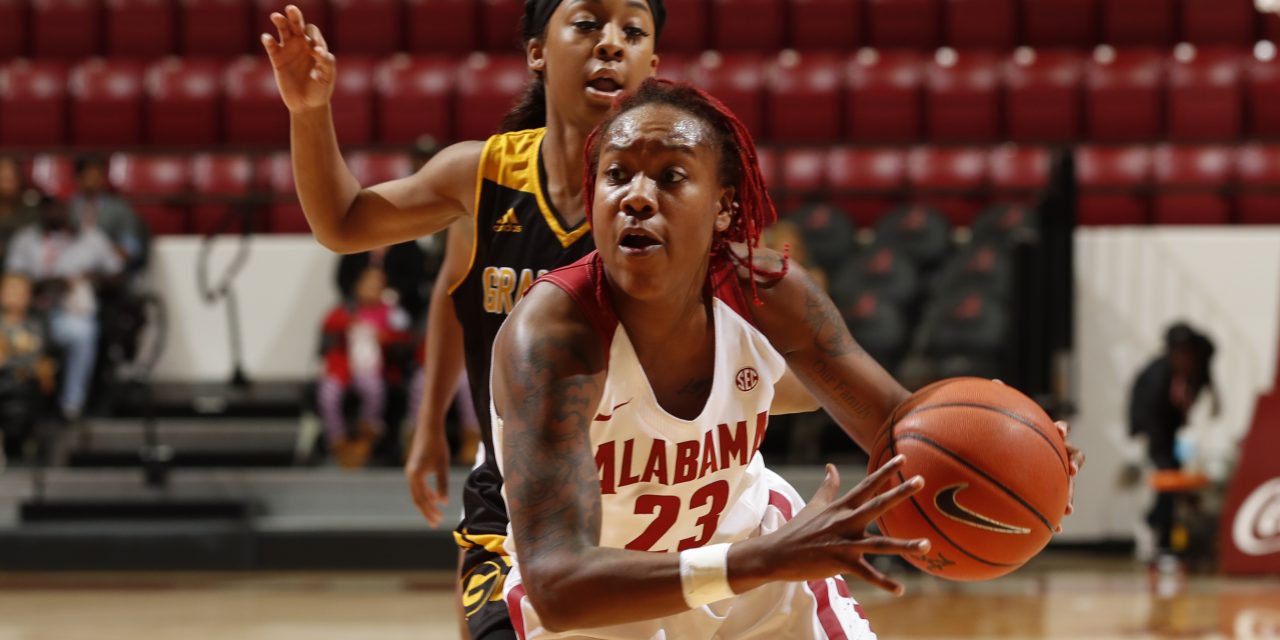 Phoenix, AZ- The Alabama Women’s basketball team traveled back to the Wild West on Saturday to begin their run in the Arizona State Classic tournament, facing off against the Golden Hurricane of Tulsa.

Crimson Tide women’s hoops were hoping to join in all the excitement as they were trying for their fifth consecutive victory.

But a Tulsa women’s team, who had won three out of their last four stood in their way.

Alabama got off to a slow start offensively only scoring six points in the first five minutes, going down by ten early 16-6.

Things only continued to get worse for the Tide managing to put up a mere thirteen points for the entire quarter, trailing at the first break 24-13.

The two squads would trade baskets throughout most of the second quarter, although Tulsa would manage to obtain their biggest lead of the half with six minutes and thirty seconds remaining at 34-21.

The Crimson Tide would close that gap just a bit ending the half on a 6-2 run, but would still find themselves heading to the locker room facing a nine point 41-32 deficit.

In the third quarter would continue this run cutting the lead all the way back to seven, but Tulsa would stop the bleeding there and go on a run of their own.

With one minute and fifty seconds remaining in the period the Golden Hurricanes found themselves winning by sixteen at 64-48.

Tulsa would grow this lead by just a point at the end of the third quarter buzzer, leading 66-49 with ten minutes to play.

Alabama hit a 5-0 run to start the final quarter cutting the lead back to twelve, 66-54. But the team would begin to wave the white flag when they looked up and saw an 80-64 Tulsa lead with only three minutes to go.

The Tide showed courage although in those last one-hundred and twenty seconds of play going on a 7-0 run to end the ballgame.

Bama falls to 5-2 on the year with the loss, snapping their four game win streak.

They will face Louisiana Tech on Sunday at 12:30 pm in the final game of the Arizona State Classic before they return home Wednesday morning for the annual fifth grade classic game against South Alabama.

Alabama seeks to get a signature win against Florida