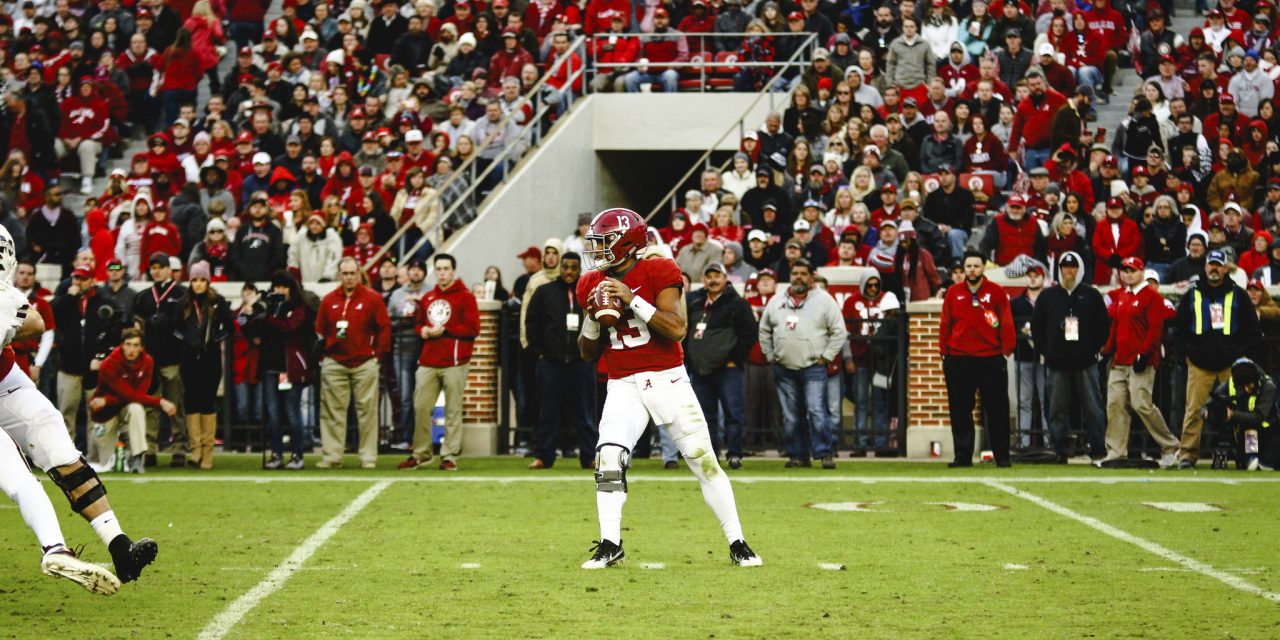 The Heisman award is presented to the nation’s top athlete in all of division one football. With the most prestigious history of winners such as Herschel Walker, Bo Jackson, and Tim Tebow, winning this award puts your name in the history books as the best of the best.

The last time the University of Alabama welcomed home the Heisman Trophy was back in 2015 when Derrick Henry had quite the historic season. Henry 2219 rushing yards on 395 carries and 28 touchdowns, while capping it all off with a national championship.

Could the Heisman be returning to Tuscaloosa this year?

As of right now there are three frontrunners for the award:

In third place is QB Dwayne Haskins from Ohio State. After being named the starter for the first time before the season, Haskins has put up some very impressive numbers this season. Throwing for 4580 yards at 70.2 completion percentage with 47 touchdowns and 8 interceptions. Haskins led the Buckeyes to a 12-1 record and a Big 10 championship, but fell short of the College Football Playoff due to a crucial 29-point loss to Purdue. Ohio State will face off against Washington in the Rose Bowl on January 1 at 5 PM ET on ESPN.

Next in second place in the Heisman race is QB Kyler Murray from Oklahoma. Murray is the most dynamic QB in the nation right now, who arguably single-handedly led Oklahoma to the #4 spot in the CFP. This dual threat finished the regular season with 4053 passing yards on 70.9 completion percentage with 40 touchdowns and 7 interceptions while also adding 892 rushing yards to his impressive season. Yet, these numbers seem slightly less impressive due to the fact that the Big 12 is an offensive sided conference, where in order to win you must score 40-50 points a game. Oklahoma will take on Alabama in the CFP Orange Bowl on December 29 at 8 PM ET on ESPN.

Lastly the Heisman frontrunner is QB Tua Tagovailoa from Alabama. Tagovailoa begun his quest for the award last year with his remarkable performance in the National Championship when he stepped in and won the game for the Tide. This season Tua has led the number one team in the nation to a perfect record and another CFP berth. Tua has tallied 3353 yards on 67.7 completion percentage with 37 touchdowns and 4 interceptions while only playing in the fourth quarter twice. But, with an off game in the SEC Championship the gap between these QBs has been closed tremendously. Alabama will go against Oklahoma in the CFP Orange Bowl on December 29 at 8 PM ET on ESPN.

The ceremony to crown this year’s award winner will be held in the PlayStation Theater in Times Square, Manhattan on December 8.