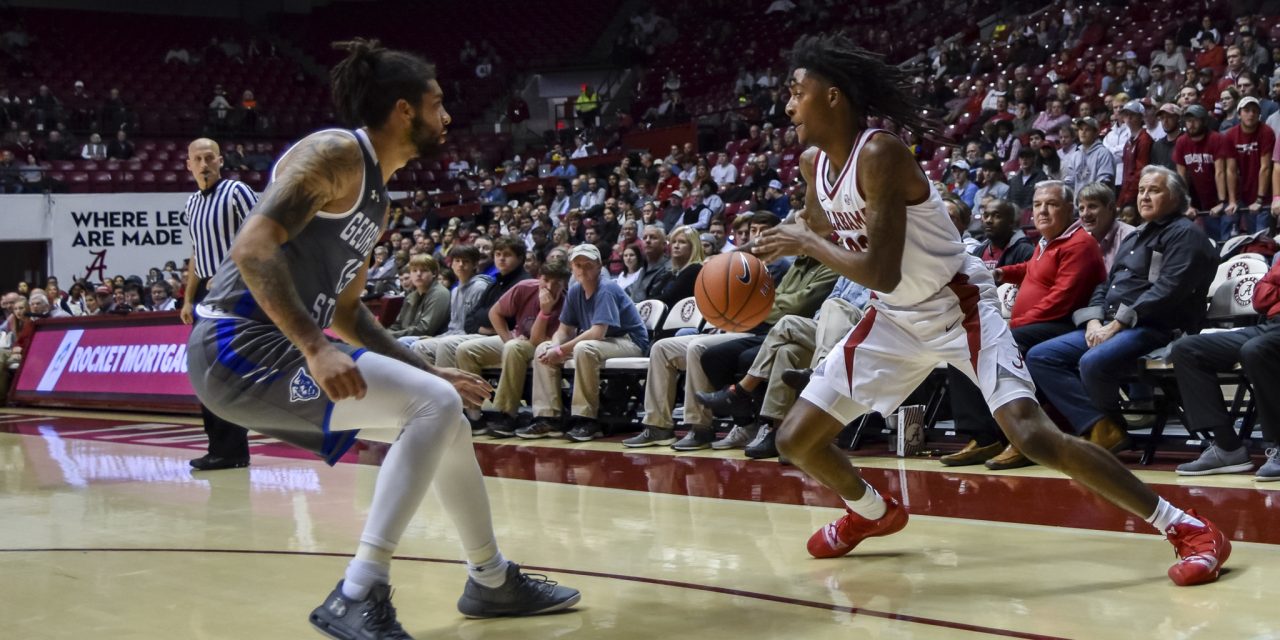 The Alabama Crimson Tide held a 21-point lead at halftime but fell 83-80 to the Georgia State Panthers
in the return of Riley Norris.

Norris logged eight minutes and scored four points in his first game of the season. Norris has been
recovering from a heart procedure prior to the season. In addition to the return of Norris, Tuesday’s game marked the first start for guard Tevin Mack, who sat out last season after transferring from Texas.

The first half saw Alabama have its most productive offensive half, scoring 51 points, behind 16 from
freshman guard Kira Lewis. Dazon Ingram also contributed 13 coming in off the bench.

After the half, momentum quickly shifted against the Tide. Allowing Georgia State to mount an unlikely
comeback.

After scoring 31 in the first half the Panthers scored 44 points in the final 14 minutes of the game,
including a game winning buzzer beater from Malik Benlevi, who finished with 16.

In the second half, Alabama scored just 28, with Lewis and Ingram limited to a combined seven points.
The issues for Alabama begin on the offensive end, where they have struggled all season to find
consistent productivity from sophomore guard John Petty and senior big man Donta Hall.

Hall finished the game with a double-double but took just four shots from the field. Meanwhile, Petty
finished with just six points on 2-5 from behind the arc and 2-6 overall.

The Crimson Tide now prepare to take on the Arizona Wildcats Sunday, in Coleman Coleseum. The game
will be broadcast nationwide on ESPN at noon CT

Walk-on Kaylee Thomas already making an impact as a freshman