Make That 12: The Crimson Tide Wins Big in Rocky Top 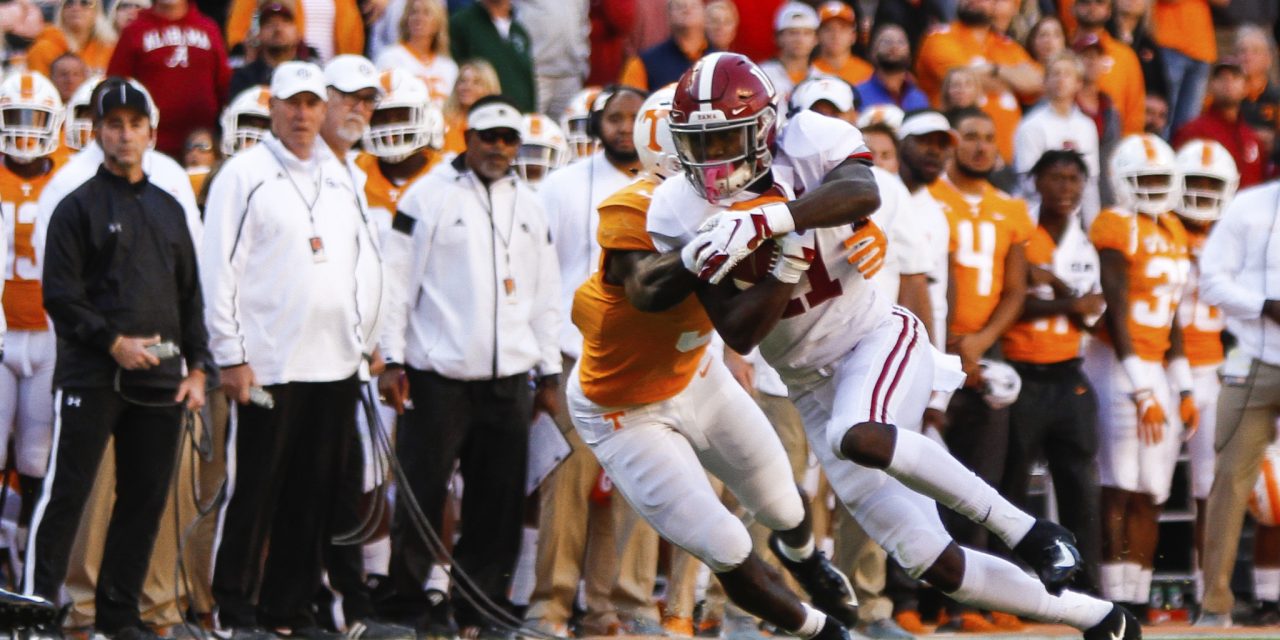 The no. 1 ranked Alabama Crimson Tide won their 12th straight game against Tennessee on Saturday by a score of 58-21 in Neyland Stadium.

The Tide continued to be an offensive force, as their 58 points was the most ever scored against Tennessee in this annual match-up.

Bama now sits at 8-0 (5-0 SEC) with the Heisman front-runner in Tua Tagovailoa. The sophomore threw for four touchdowns and 306 yards in another fourth quarter-less showing. Tagovailoa marked the best touchdown to interception ratio to start a season since Marcus Mariota in 2013. He now sits at 25 scores through the air without an interception.

Alabama came out with 28 unanswered points in the first quarter. Tagvailoa threw two of those scores to Jerry Jeudy and Jaylen Waddle. Josh Jacobs and Damien Harris both had 3-yard rushing touchdowns early on.

The Volunteers were able to come back a bit in the second with two touchdowns. Backup quarterback Keller Chryst replaced the injured Jarrettt Guarantano for two second-quarter touchdowns.

Bama’s fifth score came in the second in between Tennessee scores as the team’s rushing touchdown leader, Josh Jacobs earned his eighth of the year.

After rare consecutive three and outs, Bama responded with a scoring drive to end the half at 42-14 on a touchdown pass to Irv Smith Jr.

Early on in the third quarter, Bama caused a safety within the 5-yard line after a botched Tennessee fair catch to make it 44-14. Raekwon Davis was in the game to start the half after initially missing some time out for his conduct in the last game against Missouri.

Tagovailoa came back on the field with his fourth touchdown strike of the game to his fourth different receiver, Henry Ruggs III on a 41-yard over the shoulder bomb on burnt coverag to make the game 51-14.

“He could have gone back to the game if he needed to go back to the game, but we were about ready to put Jalen in anyway,” Saban said. “I’m just really, really pleased.”

That would do it for the Heisman front-runner. Jalen Hurts would enter in the middle of the third where he would throw a 27-yard interception return touchdown, but later make it up with a 21-yard rushing touchdown to make this game 58-21, the final.

The Tide defense forced three fumbles while the offense had its ninth consecutive 500-yard performance. Alabama also has an alarmingly high first half scoring differential. The Crimson Tide is outscoring opponents in the first by an average score of 39-7.

Bama will have its bye week before traveling to Baton Rouge for what is perceived to be their toughest test against the now fifth ranked LSU Tigers.