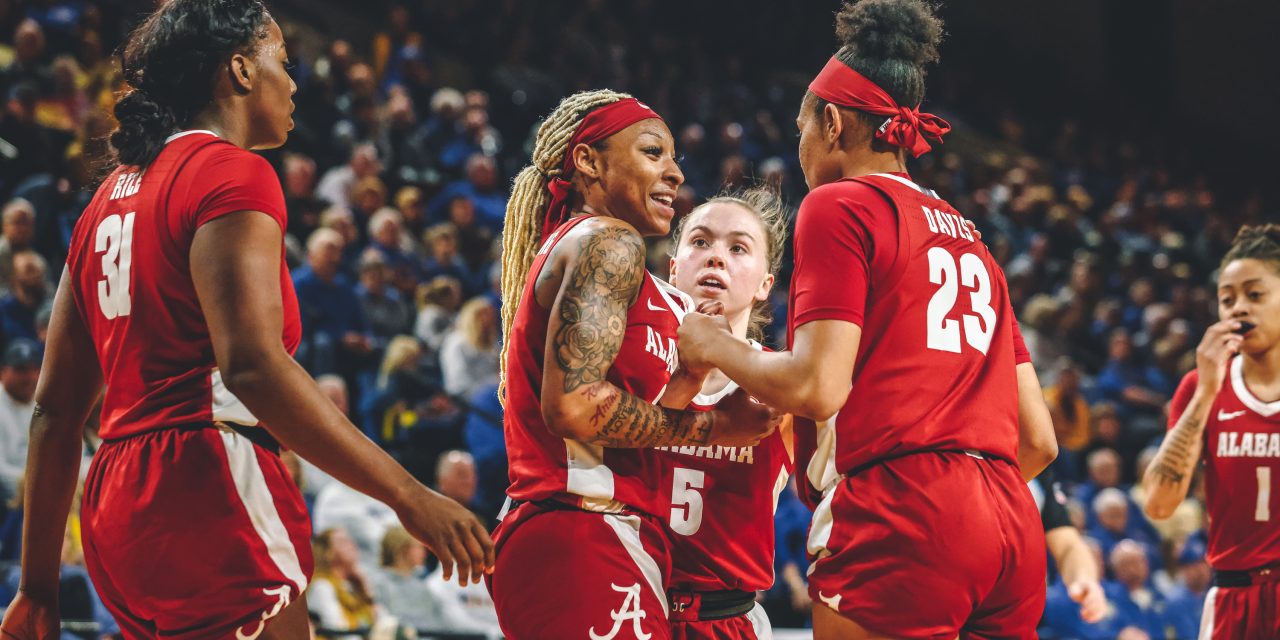 BROOKINGS, S.D. — Alabama’s late-season run came to a close Sunday night as they were defeated in the quarterfinals of the WNIT by South Dakota State, 78-73.

Despite battling back from down as many as 17 points, the Tide couldn’t hold on to a 10 point lead in enemy territory.

Brittany Davis had yet another monster game for Alabama, scoring 28 points while grabbing four rebounds and four steals.

She broke the single-season record for three-pointers while doing so.

The Tide had three other starters in double digits, but weren’t able to match South Dakota State’s bench production when foul trouble forced Mingo-Young and Davis to the bench.

Things couldn’t have started off more bleak for Alabama.

South Dakota State came out blazing-hot, shooting 60% from the field while knocking down five threes in the first.

On the flip side, Alabama couldn’t buy a bucket. They shot just 27.8% from the field, including missing all eight of their three-point attempts.

A switch to a zone defense in the second from Head Coach Kristy Curry started to give the Jackrabbits some trouble, and Alabama showed signs of life on the offensive end.

Despite the positives, Alabama still headed into the locker room down 14 points.

The beginning of the second half would spark a quarter that stunned the packed-out crowd inside Frost Arena.

This is what I meant when I said the arena was near-full. Extremely impressive turnout for South Dakota State.@wvuafmsports https://t.co/Y2ovqlJY5H

Alabama would outscore South Dakota State 34-12 in the third, knocking down six threes en route to shooting 76.5% from the floor.

They did this while playing stifling defense, forcing the Jackrabbits into five turnovers that turned into nine points.

Actually, I do have words.

That was one of the best quarters of basketball I've ever witnessed.

Let's see if they can finish it off.@wvuafmsports

Alabama would build their lead up to ten, but the Jackrabbits would go on a 14-2 run to build themselves a lead.

They would turn a late steal into a three-pointer that would seal the win.

The loss marked the end of a late-season stretch for the Tide where they won eight of their last 11 games, including two ranked wins.

Big takeaway from Coach Curry postgame was that this team is looking to build on their late-season run for next year.

Alabama has most of its seniors returning and is adding big pieces to the lineup in the offseason.

Watch out for this group next season.@wvuafmsports