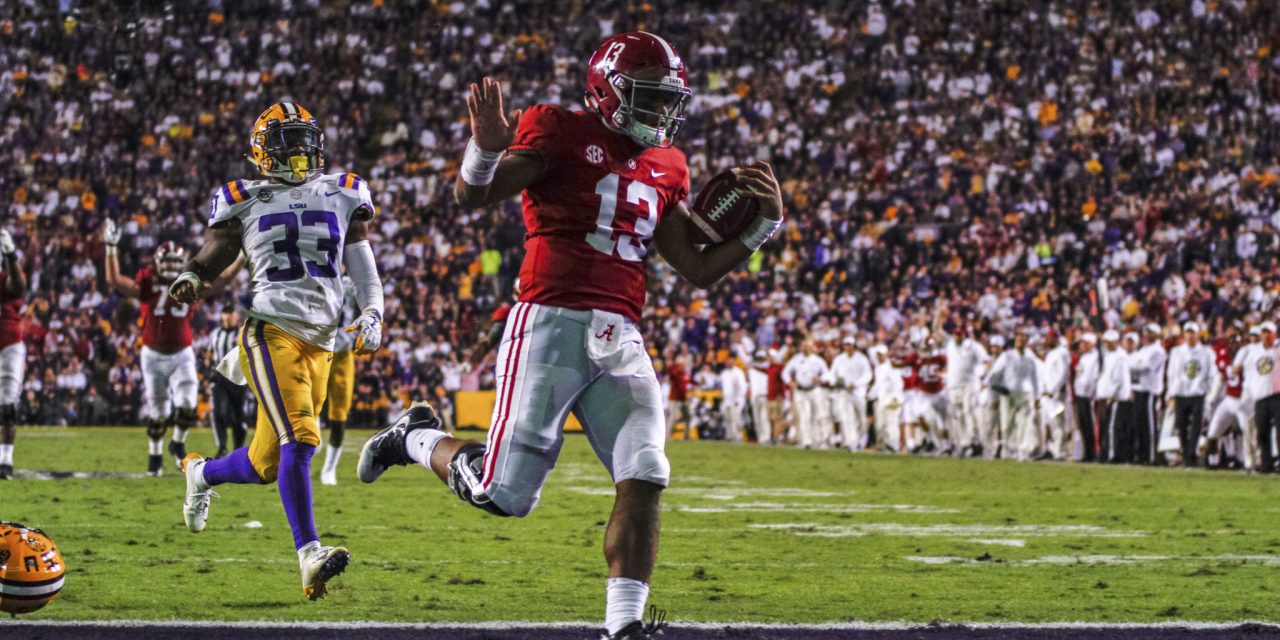 TUSCALOOSA, ALA., Alabama standout quarterback Tua Tagovailoa announced his decision to declare for the 2020 NFL Draft Monday morning after a long and “difficult” process.

“My love for the University of Alabama, our coaches, our fans, and my teammates have made this especially hard for me.”

Tagovailoa stated his decision was based on several factors, most importantly his faith. He noted that much counseling from his family, religious officials, coaches and doctors played into his choice, and is one he battled with for quite some time.

This move to the next level comes just days after exit announcements from fellow juniors Jerry Jeudy, Xavier McKinney and Jedrick Wills.

“My three years at the University of Alabama have been the epitome of a rollercoaster, I’ve had a fair share of many ups and a handful of downs.”

Tua won his team the 2017 National Championship with a 26 yard touchdown pass to DeVonta Smith who announced his return to the Alabama receiving core Monday morning, after a monster junior campaign. OL Alex Leatherwood as well as LB Dylan Moses have stated they will be returning along with Smith following brief controversy.

In his time with the Crimson Tide, Tagovailoa amounted 7,442 all-purpose yards, 87 touchdowns and a career 69% completion percentage. With the victory over Mississippi State in his final start Tua finished 21-2 as the starting quarterback.

Head coach Nick Saban began the press conference by introducing Tua with a statement,“Tua has probably had as much of an impact on our program here as any player we’ve ever had.”

The press conference was held in front of members of the media, Tagovailoa’s parents and brother Taulia Tagovailoa, who now faces a potential battle for the starting role next season.

Junior Mac Jones begins the offseason with the current third best odds to win the Heisman Trophy at +800 (Bovada). Before he can enter that conversation, he’ll need to win the battle over incoming freshman QB Bryce Young, as well as the younger of the Tagovailoa brothers.

As for Tua he’ll need medical clearance to hold a pro day for the upcoming draft, but will know “much more”, after the three month injury-free mark. All that is certain is that the Hawaiian-native lefty has donned the Crimson and White for the final time.