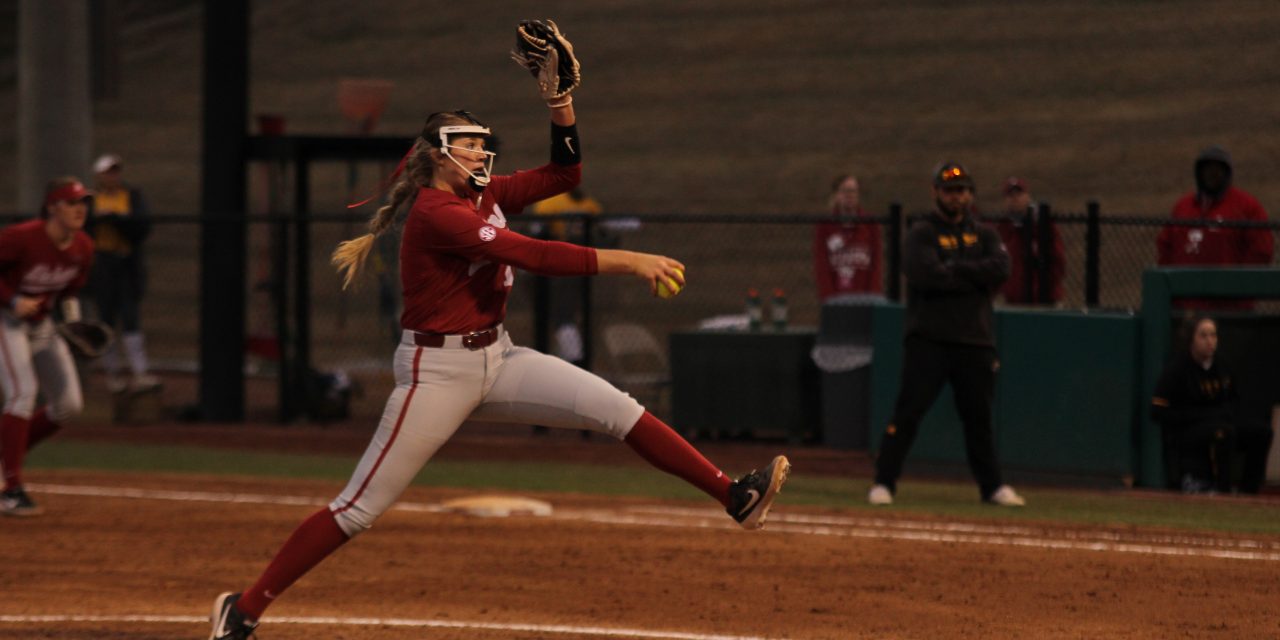 TUSCALOOSA, Ala. – The Alabama Crimson Tide Women’s Softball team looked to keep their unbeaten streak alive heading into day two of the Easton Crimson Classic. The Tide did just that. They defeated Saint Francis University 3-1 and Southern Miss 3-1 to extend the streak to 20-0 for the #5 team in the country.

Game three started slow for both sides. It was scoreless through four and a half innings, until after a walk by Taylor Clark (IF), followed by Maddie Morgan (IF) who was HBP which would put runners on first and second. KB Sides (OF) then stepped to the plate and hit an RBI-single to put the Crimson Tide up 1-0.

Saint Francis would answer the very next inning with an RBI-single of their own by Sierra Mckee to tie the game at 1-1.

Then, in the bottom of the sixth, Merris Schroeder (OF) slammed a solo-homerun to CF to put the Tide back on top. One batter later, Skylar Wallace (IF) launched her own solo shot to left field to extend the lead to 3-1.

Sarah Cornell would then come in to relief pitch for the Crimson Tide, retiring three of the four next batters to seal a 3-1 victory.

The Tide wasted no time getting on the board against Southern Miss as Kaylee Tow (OF) hit an RBI-single in the bottom first to take an early 1-0 lead.

Southern Miss was able to score the very next inning on an error resulting in an RBI-single, which tied the game 1-1.

After only allowing one ER all night, freshman pitcher Montana Fouts was able to shut down any hopes of a comeback by Southern Miss and struck out two of the last three batters to end it in the seventh.

The Crimson Tide will host the South Alabama Jaguars Tuesday at 5 p.m.

One year later: Alabama football has a different mentality for 2nd CFP appearance