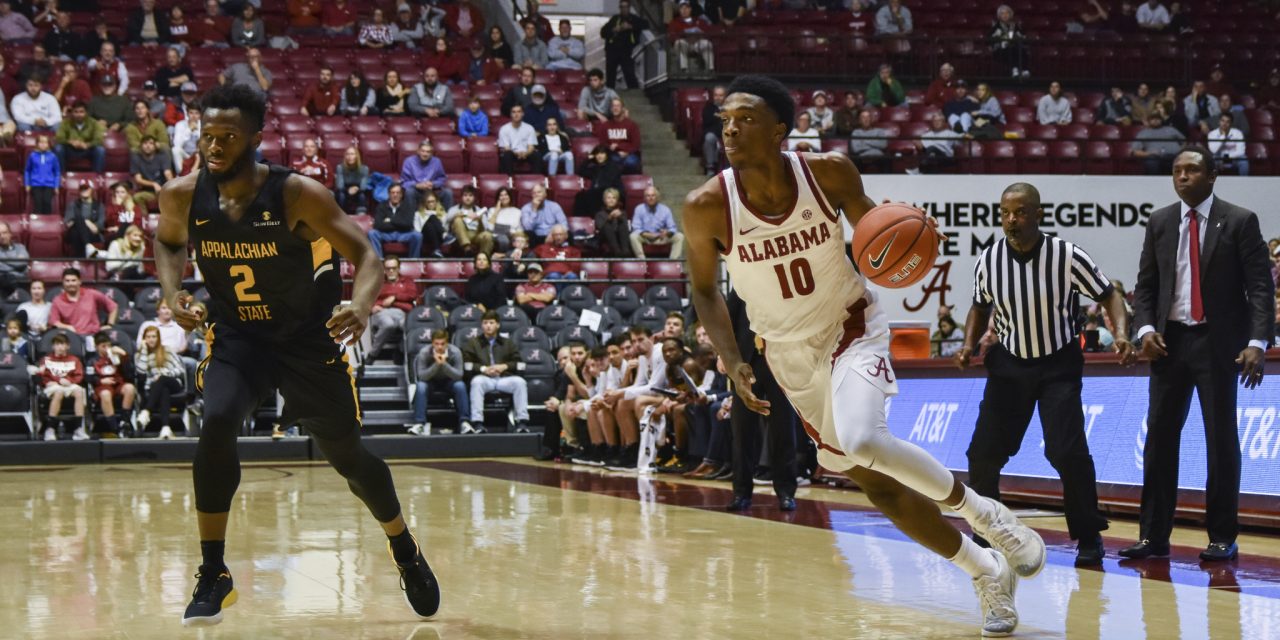 Alabama lost 68-52 to Northeastern early Thursday afternoon in their first game away from Coleman Coliseum.

The Crimson Tide got behind early in the first after a poor shooting start and were unable to make a comeback in the opening round of the Charleston Classic.

Northeastern was picked as the preseason favorite in the Colonial Athletic Association, but entered the game as underdogs on a neutral floor in Charleston, South Carolina. The Huskies leading scorer was Vasa Pusica with 20, Bolden Brace and Jeremy Miller both contributed 11 points.

Alabama’s leading scorer was John Petty with 17, making just two of six from the three-point line.

Dazon Ingram played through injury, coming off the bench and contributing nine points in 26 minutes.

The Crimson Tide will face the Ball State Cardinals Friday at 12:30 CT on ESPNU. Ball State lost their opening round match-up against Virginia Tech

Grading Alabama's positions after A Day