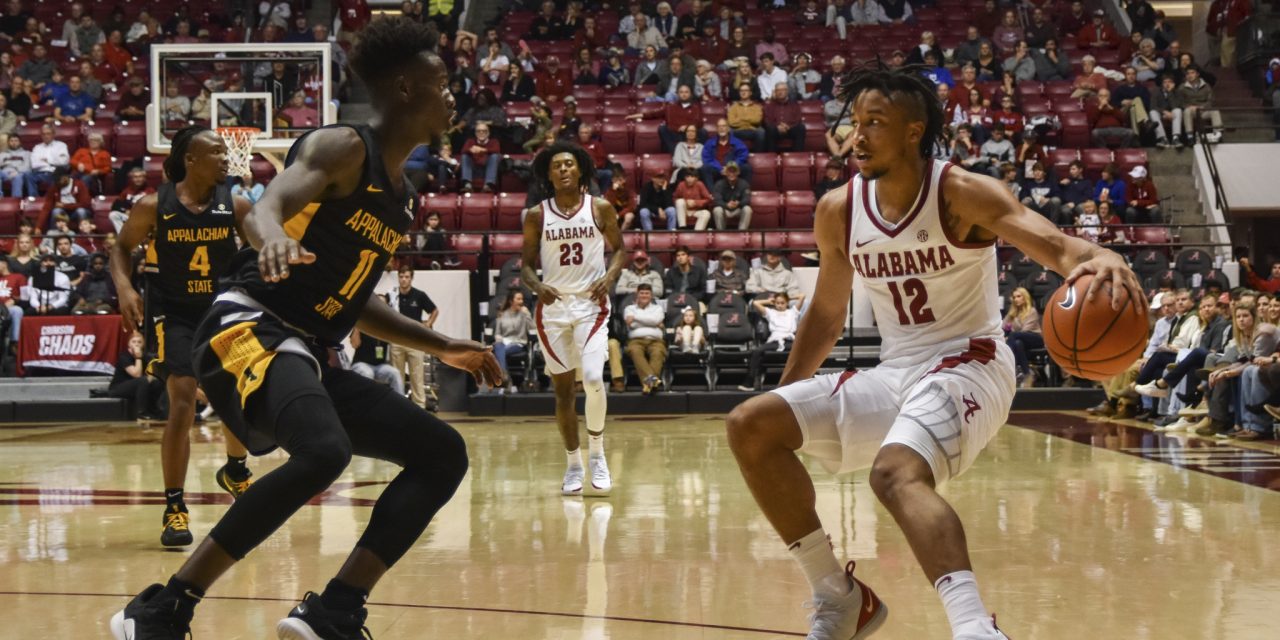 In a Sunday night contest at Coleman Coliseum, the Alabama Crimson Tide put up a mixed performance in route to an 81-73 victory.

The now Collin Sexton-less Bama is still finding players that can, and will have to, step up on both sides of the ball.

The scoring for the Tide was surprisingly well rounded. Big man Donta Hall scored 12, John Petty had 13, Dazon Ingram almost hit double digits with 8 in his season debut, and Herb Jones had 10 albeit on 2-11 shooting.

Bama showed their rust and lack of chemistry on the offensive end early on – so much so that Avery Johnson played an entirely new five than the original group that started the game.

After being up 38-35 at the half, App State was able to grab a 56-50 lead in the second half. Fortunately for Alabama, the team was able to go on a 13-1 run in what could have been more if it was not for missed free throws. Herb Jones was constantly getting to the line, but could only manage a 6-16 foul line effort.

So yes, Bama fans. Free throws are still an issue. The team shot 61 percent from the charity stripe on a whopping 43 attempts. At least the athletic forward hybrids Jones, Petty, and Ingram can get to the line. Strangely enough, our leading scorer in Lewis did not attempt one free throw.

The defensive effort was solid outside of App State’s Isaac Johnson and Ronshad Shabazz putting on a scoring show with 43 combine points and seven threes off 16-27 shooting between the two.

Coach Avery Johnson acknowledged the team’s up and down performance himself.

“Lots of highs and lows with this game tonight. I thought we showed some signs of maturity. I don’t know if we would have won this game last year.”

That is a good sign for the Crimson Tide who may just need to work on their fundamentals as they delve deeper into more difficult games.