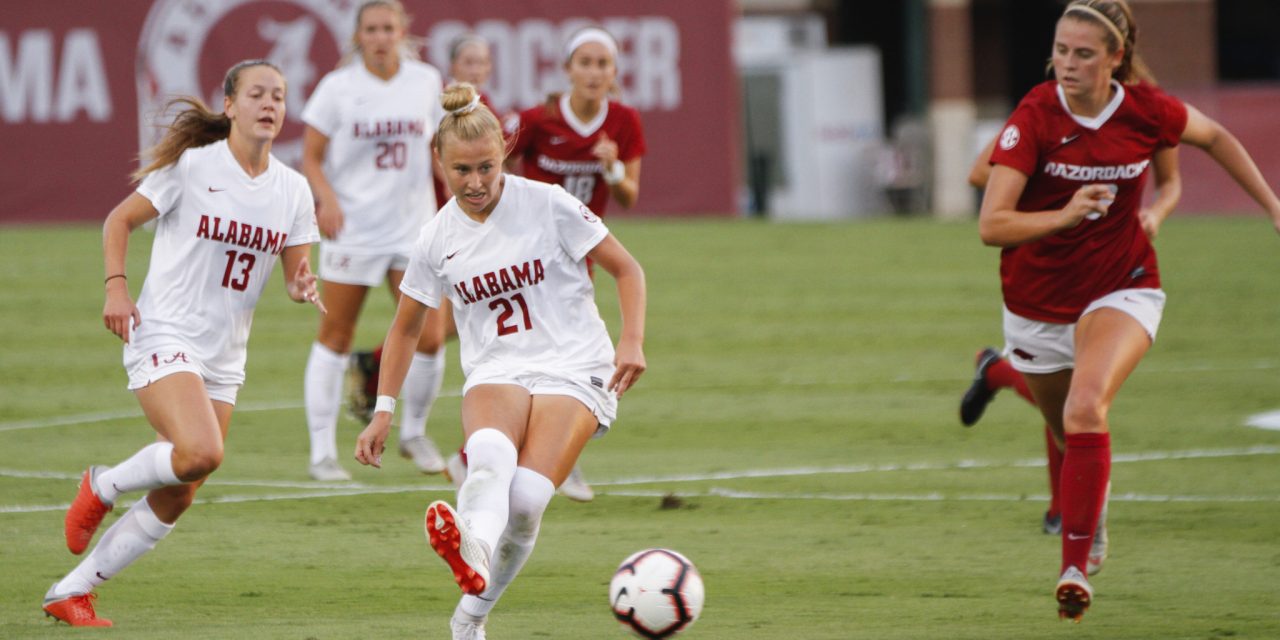 Junior Kayla McKeon’s goal off a cross by sophomore midfielder Taylor Malham developed from a quick counter in front of a crowd of 387.

The Crimson Tide avoided an early deficit, as sophomore Goalkeeper Alex Plavin saved a Penalty Kick given in the 30th minute, no card was shown for the penalty.

“Alex did everything we ask of a Goalkeeper, we need her to make saves to keep us in the game,” head coach Wes Hart said, “we just gave up too many chances and sooner or later they were going to get one in.”

The Crimson Tide gave up seven corner kicks and allowed 17 total shots, as the Razorbacks applied constant pressure to the back line. Throughout the match, the Razorbacks made an effort to play balls in through the air in order to take advantage of their distinct height advantage.

“Arkansas showed us what it means to want to win.” Hart said.

The Crimson Tide had seven shots total, with three on target. Junior defender Nealy Martin took advantage of her one chance, forcing a save by the Razorbacks, while senior Abbie Boswell and sophomore Taylor Morgan led the squad in shots taken at two apiece.

Both junior Madison Louk, Arkansas, and redshirt freshman Gabby Duca, Alabama, wowed the crowd with acrabatic throw ins, performing front handsprings on the ball as they threw the ball back into play.

Sophomore Kaley Verpaele was shown a yellow card for an aggressive tackle in the 72nd minute, no other cards were shown.

The Crimson Tide now turn their focus to their upcoming match at LSU, where they hope to get their first points in conference play.

“It’s an opportunity to get three points on the road that we desperately need.” Hart said.