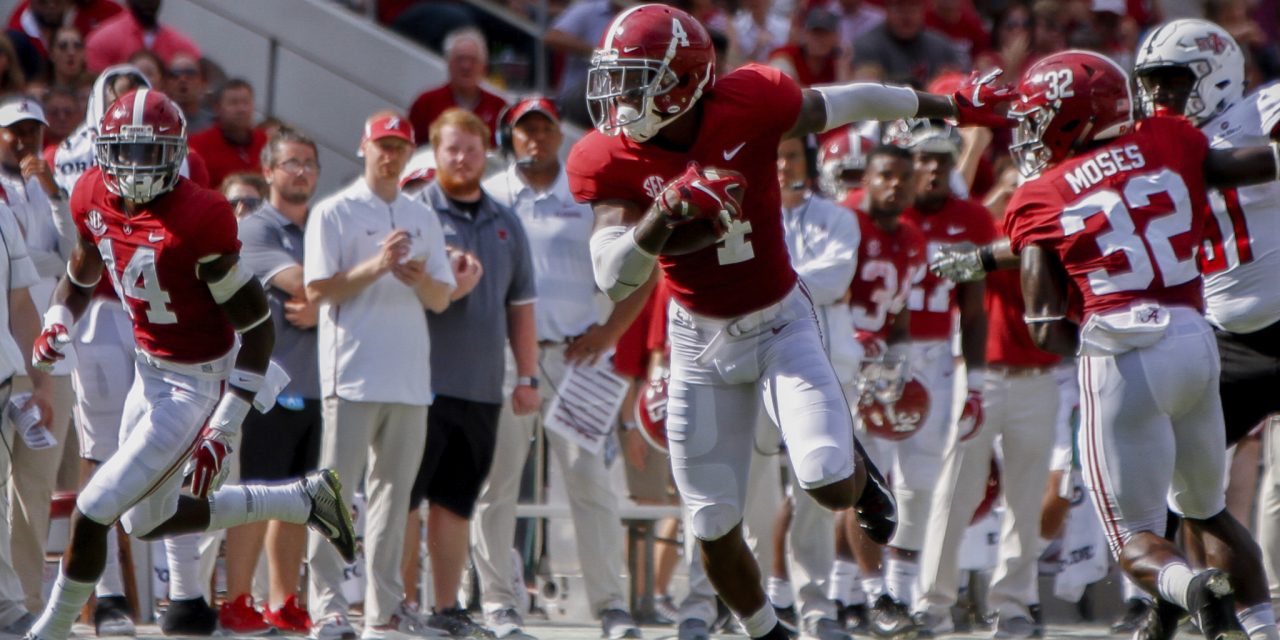 It’s safe to say the Crimson Tide is looking dominant through their first four games. Bama is ranked third in points per game with 53.8 along with the fourth most effective defense at 12.8. While that margin of victory is as impressive as ever, the team is a shockingly low (for Bama standards) 46 ranked defense in total yardage. With Nick Saban telling the media to highlight team weaknesses, this is the perfect time to acknowledge ways Louisiana Lafayette can poke holes in the famed Alabama Defense.

The Tide have monsters up front with interior lineman Raekwon Davis and Quinnen Williams, and while the secondary is talented, they have room to be exploited. The Ragin’ Cajuns have no scrub at the quarterback position. Senior Andre Nunez is completing 72 percent of his throws featuring a solid 21/29 performance against SEC competition in Mississippi State.

ULL has used crowded receiver packages this year and the same should continue tomorrow. With no running back in the backfield, Bama plans on getting to the quarterback quickly. The team must be physical out wide or quick slants and screens could hurt the defense then making the strong pass rush irrelevant.

Look back to last week for example against Texas A&M. The Aggies only ran their running backs 10 times while Quarterback Kellen Mond was able to rack up nearly 100 yards on the ground and that’s including the NCCA sack rule against rushing statistics.

If there has been a weakness to a Bama defense in the Saban era, it would be in covering teams with an unorthodox offensive approach. It used to be against an option like team – Georgia State ran for 302 yards on the team back in 2011 because of a strong option offense. This year’s Alabama team looks to have their issues with a receiver heavy set.

ULL does not have a big play offense, which works in the tides favor, but the Ragin’ Cajuns have been able to push the ball down field consistently. Even if the tide eliminates the short passing game, Mack Wilson and the linebackers must quickly retreat to stop quarterback runs up the middle. This will be a nice test for fans to pay more attention to these weaknesses that Nick Saban preaches.

All About That Bass: University of Alabama club fishing team to compete in Ranger Cup