Alabama fails to maintain early lead in loss to Xavier

Alabama lost on Thanksgiving to No. 23 Xavier 64-45 in the initial round of the AdvoCare Classic taking place in Orlando, Florida.

The Crimson Tide came out strong and took advantage of Xavier’s slow start, but struggles in the paint and beyond the arc kept Alabama from extending its lead.

“Today’s game was a tale of two halves for us,” Alabama head coach Avery Johnson said. “I thought we were very competitive in the first half, thought our defense was extremely good, we forced them into a low percentage shooting from the field and the three-point line. We got in some early foul trouble.”

Alabama finally got a few three’s to fall late in the first half including a last second make from Shannon Hale to cut the Musketeers lead down to three at the half. Johnson said Xavier’s 1-3-1 defense gave Alabama’s offense difficulties throughout the game.

it kind of fell apart for us in the second half. We turned the ball over too much, didn’t shoot it as well. That’s what happens against an experienced team that knows what they’re doing; they took advantage of it.”

Hale and sophomore Justin Coleman led Alabama with 10 points each. Alabama will play No.20 Wichita State at 11 a.m. on Friday in the consolation bracket of the tournament. 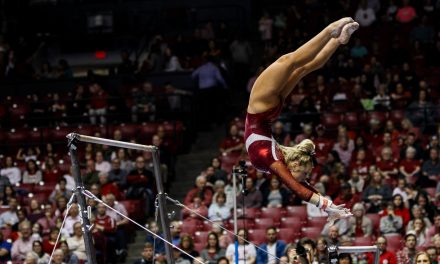