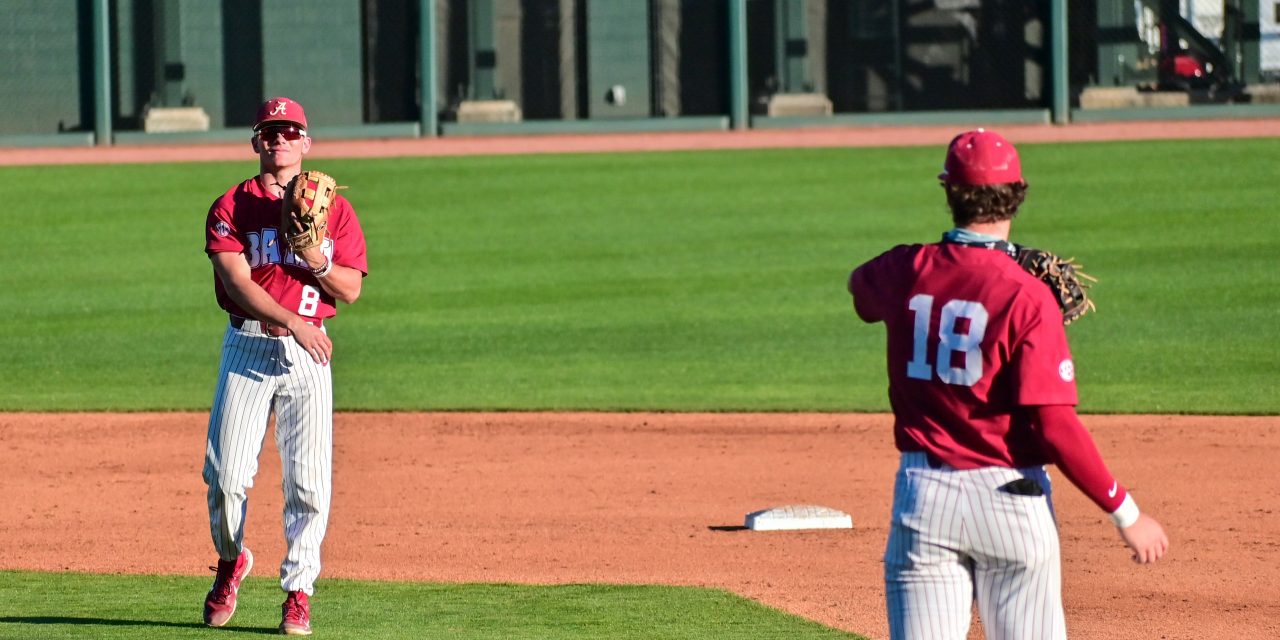 After a double header on Friday, the Tide ended the series finale in an 11-6 loss to the Rebels bringing their record to 15-9 on the season with a 1-5 SEC conference record.

Alabama started off strong, scoring the first run of the contest in the second inning with Andrew Pinckney scoring on a sacrifice fly. This was answered by the Rebels in the top of the fifth inning through a two out double with the bases loaded to bring in three runs, followed by a wild pitch to bring around the fourth run of the inning to bring the score to 4-1 Ole Miss. The Crimson Tide was able to deliver in the bottom half of the inning however, as Owen Diodati sent a sacrifice fly to deep left field to score in Jackson Tate, followed by a RBI single from Sam Praytor to send the score to a 4-3 Ole Miss lead.

Leading off the sixth, the Rebels were able to produce three runs to add to its lead at 7-3, and followed after a scoreless half inning from the Tide to increase their lead in the seventh inning by one run from a sacrifice fly to sit at 8-3. In the top of the eighth Ole Miss connected for a two run home run to bring the total to 10-3. Alabama was able to chip into the Rebels lead in the eight, after a two-run blast from T.J Reeves brought the Tide to a 10-5 deficit.

In the top of the final inning Ole Miss was able to add a final run to round out its total for the evening with eleven runs, at 11-5 going into the final frame for the Tide. Alabama was able to bring in one run through a Peyton Wilson solo shot, but that was all that would be had and the Tide would fall with a final score of 11-6.

Connor Shamblin pitched five innings with four earned runs allowed in his stint as a starter in Saturday’s contest. Hunter Ruth left the game after a partial inning pitched with three earned runs, leaving William Freeman to end the inning unscathed. This was followed by a two inning three earned run performance by Grayson Hitt, as well as Bryce Eblin to close the final inning with one earned run allowed.

The Crimson Tide will move forward to a three-game weekend series facing off against the Tennessee Volunteers starting on Friday at 6 pm.