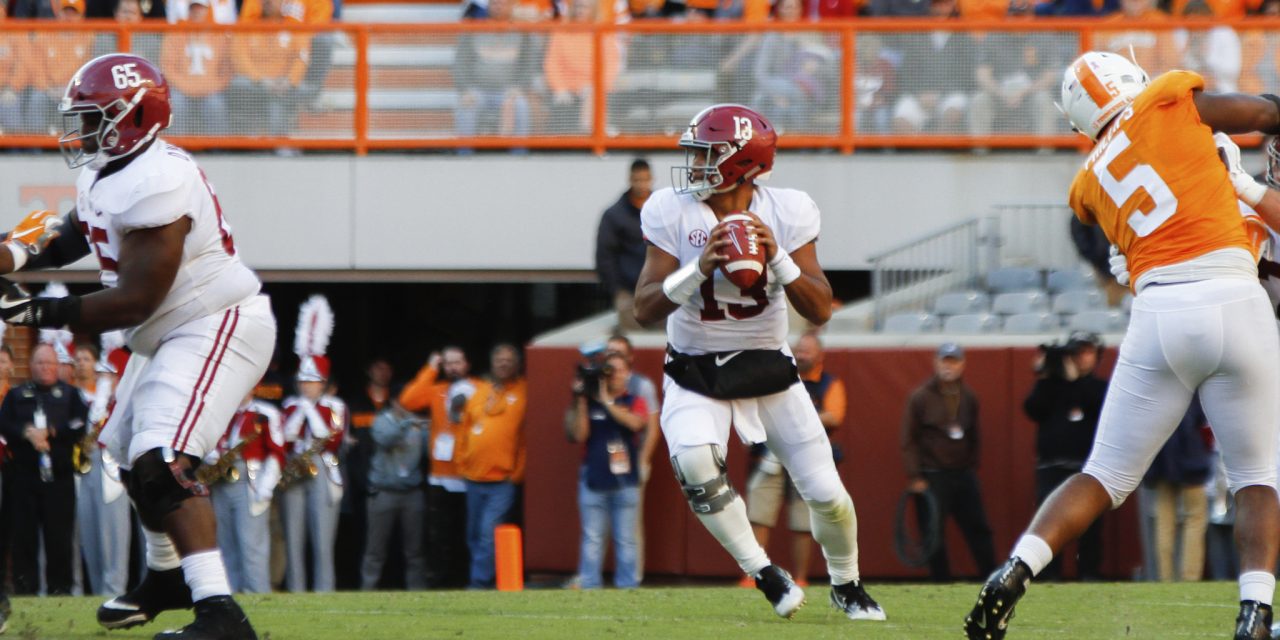 The NFL season has come to a close and the Kansas City Chiefs won their first Super Bowl in 50 years.
Now, as the rosters reset and draft hopefuls make their final preparations ahead of the NFL combine, NFL fans across the world can dedicate themselves to learning the perceived strengths and weaknesses of hundreds of college athletes who will probably never end up on their favorite team.
It is officially mock draft season and everyone has an opinion, while I plan to implement trade scenarios and other variables into future editions of this post, we will start with the basics.
Here are the teams, where they will select and who they should pick in the first round.
1. Cincinnati Bengals
Joe Burrow | QB | LSU
Burrow is the clear pick at number one this year. The Bengals are a team that is looking to move on from their quarterback and Burrow is coming off what is likely the greatest season in college football’s storied history. If Tua Tagovailoa was healthy, there would be a great debate here, but with the injury concerns this decision has all but been made for them.
2. Washington Redskins
Chase Young | EDGE | Ohio State
Young is one of the biggest and most powerful players to step on a college football field in quite some time. He is a dominant pass rusher that has proven his ability to drive back every lineman he has faced. His size and the track record of Ohio State pass rushers lead scouts to believe he can make an impact on day one.
3. Detroit Lions
Jeff Okudah | CB | Ohio State
Okudah is a lock down corner whose stats will never tell the full story. It can be hard to gauge a cornerback on paper, the true greats simply never see the ball because of the fear they strike in the mind of the quarterback every play. Only time will tell if he is that level of player, but his collegiate performance suggests that it could be the case.
4. New York Giants
Isaiah Simmons | LB | Clemson
Simmons is quite possibly the most talented player in this draft. Not only does he possess the versatility to pass rush, play linebacker, cover the slot (and possibly the outside) and make plays at safety, but he could be taken at this spot playing any of those positions on its own.
5. Miami Dolphins
Tua Tagovailoa | QB | Alabama
Tagovailoa throws one of the best balls in football, he has incredible accuracy and can find receivers deep down the field. The questions for Tagovailoa are all centered around his availability. Injury concerns were already on his scouting report before an injury plagued year was cut short by a hip injury that has sidelined him for months.
6. Los Angeles Chargers
Justin Herbert | QB | Oregon
Herbert was one of the biggest risers at the Senior Bowl, showing that he is in a class above many of the other players who he competed against. Herbert has all the attributes you look for in a prototype quarterback, but some have concerns about his ceiling. With a number of needy teams it seems likely that Herbert made the right decision to play his senior season and wait for the 2020 draft.
7. Carolina Panthers
Derrick Brown | DL | Auburn
Brown is a strong and powerful defensive lineman who can make an impact in either a 4-3 or a 3-4 system. His vision into the backfield is part of what makes him special as he reads the play and forces his way to the ball every play.
8. Arizona Cardinals
Jedrick Wills Jr. | OL | Alabama
Wills Jr. is a raw talent but showed a particular nastiness that every great lineman has in his final season for the Crimson Tide. Playing with a left-handed quarterback also makes him a dynamic player, who could transition to protect the blindside for his future team. While penalties were an issue throughout his career, Wills Jr. has the size and skill to be a cornerstone on the offensive line.
9. Jacksonville Jaguars
Javon Kinlaw | DL | South Carolina
Kinlaw was another breakout star from the Senior Bowl, proving that he was in a league of his own before withdrawing from the rest of activities. He is a big defensive lineman who has shown at times that he can take over a game.
10. Cleveland Browns
Andrew Thomas | OL | Georgia
Thomas is another great raw talent on the offensive line that will draw great interest from NFL franchises. His size and resume make him an immediate target at the top of boards, and he will almost certainly help his stock at the combine.
11. New York Jets
AJ Epenesa | EDGE | Iowa
12. Las Vegas Raiders
Jerry Jeudy | WR | Alabama
13. Indianapolis Colts
Ceedee Lamb | WR | Oklahoma
14. Tampa Bay Buccaneers
Grant Delpit | S | LSU
15. Denver Broncos
Tristan Wirfs | OL | Iowa
16. Atlanta Falcons
Tyler Biadasz | OL | Wisconsin
17. Dallas Cowboys
Henry Ruggs III | WR | Alabama
18. Miami Dolphins (from Steelers)
Mekhi Becton | OL | Louisville
19. Las Vegas Raiders (from Bears)
CJ Henderson | CB | Florida
20. Jacksonville Jaguars (from Rams)
Josh Jones | OL | Houston
21. Philadelphia Eagles
Tee Higgins | WR | Clemson
22. Buffalo Bills
D’Andre Swift | RB | Georgia
23. New England Patriots
Laviska Shenault Jr. | WR | Colorado
24. New Orleans Saints
K’Lavon Chaisson | EDGE | LSU
25. Minnesota Vikings
Kristian Fulton | CB | LSU
26. Miami Dolphins (from Texans)
Jonathan Taylor | RB | WIsconsin
27. Seattle Seahawks
Xavier McKinney | S | Alabama
28. Baltimore Ravens
Yetur Gross-Matos | EDGE | Penn State
29. Tennessee Titans
Noah Igbinoghene | CB | Auburn
30. Green Bay Packers
Justin Jefferson | WR | LSU
31. San Francisco 49ers
Raekwon Davis | DL | Alabama
32. Kansas City Chiefs
JK Dobbins | RB | Ohio State

Back-to-back: Gymnastics prepares for two meets in one weekend