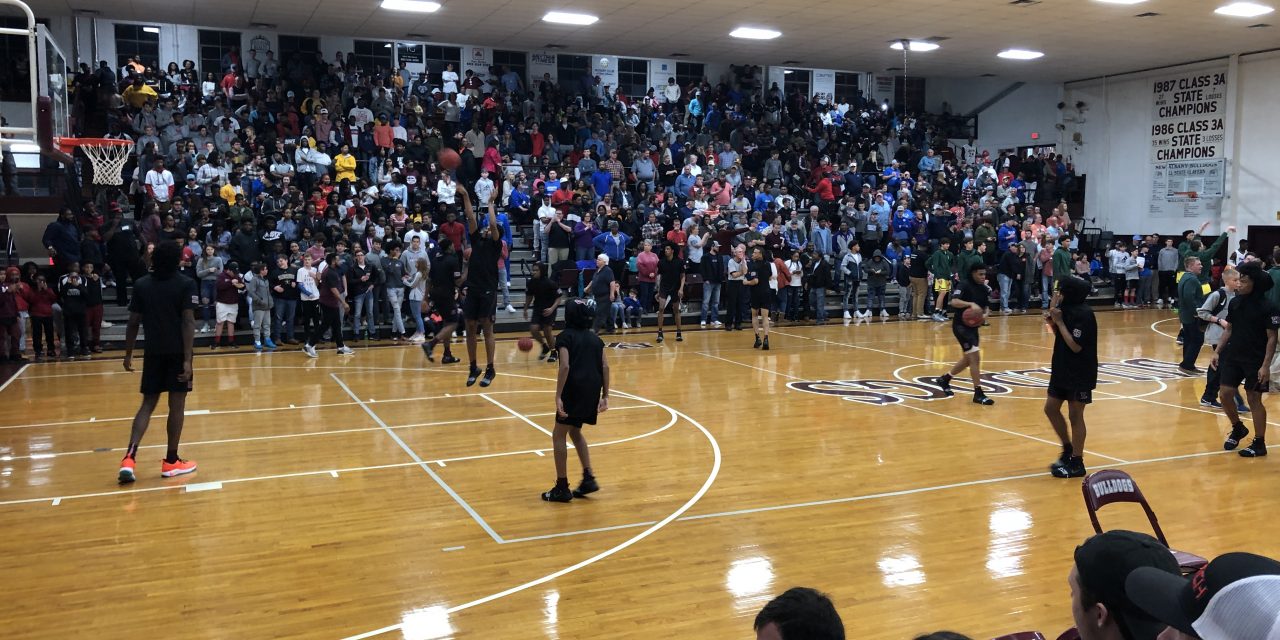 NEW ALBANY, Miss. – The 2019 Hotbed Classic featured 20 teams and was headlined by a match-up between McDonald’s All-Americans Trendon Watford and James Wiseman.

Mountain Brook High School defeated Memphis East 51-47 behind Watford’s 18 points and 11 rebounds. The New Albany High School gym was full by the 6 o’clock start time. But this game was about much more than the final score.

Watford is a McDonald’s All-American who has yet to make his college decision, but has narrowed his choice to Alabama, Indiana, LSU and Memphis. While his list features four schools sources tell WVUA-FM that Alabama and Memphis are the heavy front-runners.

One of the biggest story-lines in college recruiting this year has been the friendship between Watford and Wiseman. In an interview with Tipton Edits, Watford said that the two top recruits talk “everyday.” He also went on with Memphis radio hosts John Martin and Jason Smith ahead of the event to discuss his recruitment on 92.9 ESPN.

Wiseman scored 20 points in the game and recorded an important block in the fourth quarter, but Watford quickly responded with a game changing block of his own, helping seal the victory and staring down his opposition.

After the block Watford turned to look at former NBA champion and current Memphis assistant Mike Miller, who sat next to the head of Hoop City Basketball Club Earnie Kuyper.

Watford and Wiseman played together for Hoop City Basketball Club, formerly known as M33M before Miller accepted a college coaching position, on the summer AAU circuit.

As the fourth quarter began focus quickly shifted away from the game as Memphis’s head coach Penny Hardaway entered the gym at the far end of his assistant. Hardaway coached Wiseman and Dandridge at Memphis East until taking the University of Memphis job at the end of their state championship run last season.

The University of Memphis used the event as a recruiting tactic, taking advantage of the fact Alabama played a game in Waco, Texas against Baylor earlier in the day. While Alabama scouts were seen at a previous game highlighted by Alabama commit Jaylen Forbes none made a public appearance during the marquee matchup.

In his game, Forbes led the Florence Eagles to victory over Plainview, an Alabama school. Forbes was awarded game MVP after impressing the crowd with his defensive effort and 3-point shooting.

SEC honors Jalen Hurts after victory over the Bulldogs