The University of Alabama men’s basketball program is on a five-game losing streak for the first time since the 2003-04 season.

It’s the same story for the 17-14 (8-10) Crimson Tide as it has been for the past few games. They need a win badly. They will again be facing off against a 20-11 (9-9) Texas A&M team in the opening round of the SEC tournament after losing a 66-68 battle in College Station on Saturday, March 3rd. With these past five losses, it is safe to assume that Alabama’s play in the tournament will reflect their chances of getting into the big dance.

If Alabama is able to beat Texas A&M and then beat a presumed Auburn team that won the SEC regular season, their chances will be looking very solid. On the contrary, if they lose to the Aggies Thursday, it will be very hard for the committee to select a team who finished the season on a 6-game losing streak.

Alabama did put up one of their closer games Saturday against Texas A&M behind Sexton’s 23 points, but it was still a loss nonetheless. Both teams put up almost identical team numbers across the board in rebounds, shooting percentages, and turnovers. However, in Alabama’s first victory at home against the Aggies, Alabama was able to hold A&M to just 30 percent from the field.

Alabama does not need an insane performance from Collin Sexton to win this game. They don’t need John Petty to shoot the lights out. They just need him to play smarter.

Through Bama’s losing streak, the team has been losing frequently by double digits, which makes the upcoming game against the Aggies a promising one, considering the last contest was the closest in Alabama’s slump. The game will also be played on a neutral court in St. Louis, where the tide is 3-1 opposed to their 2-8 road record.

Alabama has had some embarrassingly bad offensive performances lately. Be on the lookout for John Petty, who has been the most inconsistent player on the team by far this season. When he shoots well, the Crimson Tide fares very well to say the least. If the Tide can get a double digit perfomances from Braxton Key and Dazon Ingram as well as the 15-20 point game for Sexton, they can edge out a team that edged them out when they could not do those things.

We will see what this team and Avery Johnson are all about. The city of Tuscaloosa will not be pleased to see a five-star talent in Sexton in the NIT in his presumed last games suited up in Crimson and White. 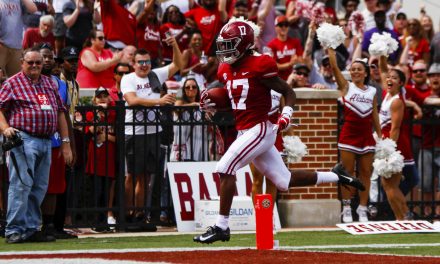