ATLANTA- Alabama cornerback Anthony Averett didn’t have easiest audition when he was trying to earn his starting spot over the offseason. He lost his fair share of one-on-one battles during the team’s 7-on-7 exercises during the summer, but when the other guy is wide receiver Calvin Ridley, a rough start is to be expected.

“He [Ridley] understands the game so he used to get me in the beginning, but then once like camp started [and we were] putting pads on, the more time I worked with him, the more time I repped him…I started winning those battles,” Averett said.

Averett will once again get to prove how much he has improved over the course of the season when No. 1 Alabama faces No. 4 Washington on Saturday afternoon with a spot in the championship game on the line.The cornerback said he might have an edge when it comes to anticipating his opponent since Washington wide receiver John Ross’ seems to play with a similar speed and style to that of Ridley.

Ross leads the Huskies receiving corps alongside Dante Pettis. They finished with 76 receptions for 1,122 yards and 17 touchdowns and 50 receptions for 796 yards and 14 touchdowns, respectively. As impressive as those numbers are, they didn’t seem to shake Averett’s confidence on Thursday.

“Calvin made a big name for himself, he’s definitely on the scene right now and probably one of the better receivers in the country,” Averett said. “So when you shut him down or just stick him where he was like if I can stick him I can stick anyone else in the country.”

Alabama cornerback Marlon Humphrey said Ross is one of the fastest receivers this secondary has seen all season. The patience Ross and Pettis have shown also impressed the Alabama cornerback.

“It’s hard to read their eyes, so you’ve got to get your head turned around and attack the ball because Browning throws a really good ball and they usually can always go up and get it,” Humphrey said.

The junior cornerback rejoined the starting lineup after missing part of the Iron Bowl and the entire SEC Championship Game with a hamstring injury. Humphrey said missing time was one of the hardest things he’s had to do this year.

“I really wanted to play, but I wasn’t all the way there [health wise], but it was sad, but it was good at the same time. I enjoyed watching those guys play,” Humphrey said. “It was very different to watch them play though and not be able to play with them, but it all works out for the better. We got the win and that’s all that matters.”

If Alabama is going to get the win this time then the defense will need to remain vigilant for the trick plays and gadgets that the Huskies have run successfully this season, but Washington’s offensive game plan might rely largely on one of the oldest tricks in the book- the play action pass.

The Huskies average 210 rushing yards a game and Alabama anticipates the Huskies will attempt to move the chains on the ground early on to set the stage for the play action, but the secondary is preparing to make a lot of plays on the ball no matter the success of the Huskies’ ground game.

“You don’t really want to give up big plays because we have probably the best front seven in the country so of course they going to put a lot of pressure on us and just try to throw,” Averett said. “That’s what most teams try to do.”

Remaining in position despite the look the Huskies show on offense will require Alabama’s secondary to play with the thing that some believe is the secret to Averett’s success- patience.

“[It’s] the epitome of the process working for a guy that’s been patient. He came in as a high recruit and he has a lot of skill, very fast,”Alabama’s secondary coach Derrick Ansley said.“…He’s taken the role that he’s got and he’s maximized it.”

Ready for round two: Wilder prepares for second title defense in Alabama 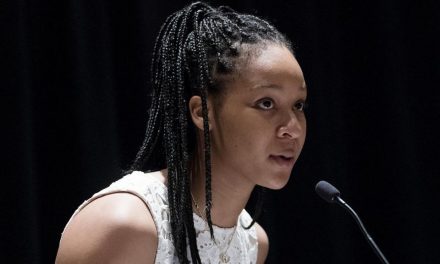 Alabama takes down Florida on Power of Pink night