The University of Alabama is reportedly appealing a suspension the NCAA handed down to defensive back Tony Brown, according to the Tuscaloosa News.

On Dec. 30 coach Nick Saban released a statement after Brown was suspended and sent home prior to the Cotton Bowl.

“We have made an internal decision to send Tony Brown home due to a violation of team rules,” Saban said at the time in a release.

So far this spring Brown has been a regular participant in practice. He is currently seeing time at both the Star and the cornerback position.

The Crimson White reached out to the University for comment.

Jonah Willliams discusses season, how he ended up on Nick Saban's radar in high school 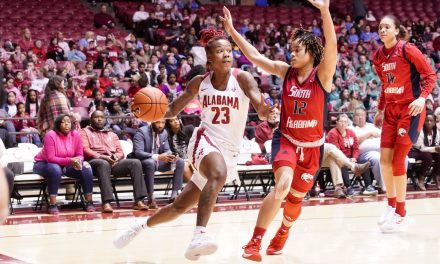