The Alabama softball team has continued its hot start to the season, improving to 6-0 with a pair of wins on Saturday at the Black and Gold Invitational. Alabama’s offense scored 11 runs in both games, defeating McNeese, 11-1, and Mississippi Valley State, 11-0.

The shutout of Mississippi Valley State was the fourth shutout of the young season for the Crimson Tide. Alabama’s pitching has limited its opponents to just two runs so far in the six games, while the Alabama offense has scored 10 or more runs in every game, except the opener.

In the first game against McNeese (5-3), Alabama was held off the scoreboard the first two innings. In the third, Alabama collected three straight hits to load the bases. A sac fly by sophomore Bailey Hemphill opened the scoring for Alabama.

McNesse scored a run on a groundball to get on the board in the top of the fifth. Alabama ended the game in the bottom of the inning after junior Reagan Dykes drove in two on a single and freshman Kaylee Tow hit a 3-run home run to make it 11-1.

In the second game of the day, freshman Madison Preston almost completed the second no-hitter of the season for the Crimson Tide, but allowed two hits late in the fifth inning to just miss it.

Preston collected her second win of the season, pitching five innings, allowing no runs on two hits and striking out six hitters.

Alabama opened the first inning with two walks, a bunt single, another two walks and a hit by pitch, all with nobody out. That forced in three runs and a pitching change right away.

Another bases loaded walk after the pitching change, an RBI single from senior Carrigan Fain and a two-run single by sophomore Elissa Brown extended the Alabama lead to 7-0 after one inning.

Junior Caroline Hardy and scored on a sac fly by Jenkins. Alabama added two more in the bottom of the third on RBI singles by Tow and fellow freshman KB Sides to extend the Crimson Tide lead to double digits.

Dykes hit a pinch-hit home run in the bottom of the fourth inning to extend the Alabama lead to 11-0.

A single with one out in the fifth ended Preston’s no-hitter and Mississippi Valley State loaded the bases before Preston collected a strikeout and groundout to preserve the shutout.

Alabama concludes its weekend in the Black and Gold Invitational Sunday with a matchup against No. 11/12 Baylor (5-0).

Rowing hits the road to take on Bucknell 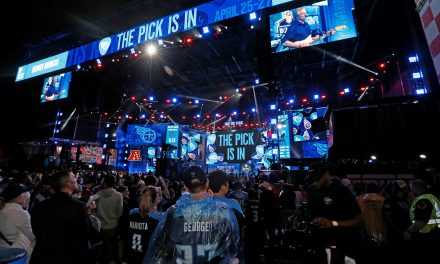 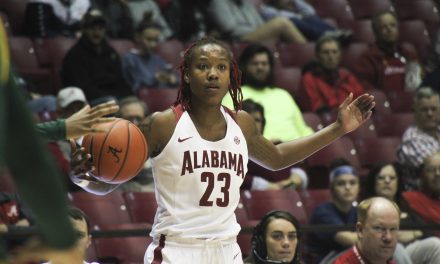 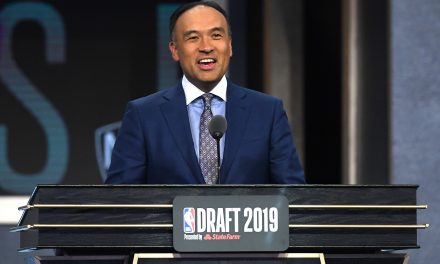