Alabama women’s basketball fell to a ranked opponent in overtime for the second time in four days, this time at the No. 24 LSU Lady Tigers, 79-78.

The Crimson Tide was seeking a bounce-back win to enter the SEC Tournament brimming with confidence after letting a late lead against No. 19 Georgia slip away on Thursday. Instead, the team met the same fate.

From a minute and a half into the game to the closing seconds of regulation, LSU never trailed. But when senior guard Hannah Cook sunk an off-balance jumper with four ticks left on the clock, Alabama took a 70-68 lead.

The Crimson Tide trailed by 16 late in the third quarter and by eight with four minutes remaining. After shooting 31 percent from the field over the first three quarters, the team made eight of 15 shots (53 percent) in the fourth.

LSU forward Ayana Mitchell’s layup tied the game at 70, just before the final buzzer. Unlike Thursday’s overtime period, in which Alabama missed all eight field goals it shot, it had a chance in the final seconds.

Down one inside the final minute of overtime, the Crimson Tide missed three straight shots from underneath the basket before calling a timeout. Coming out of the huddle, the team put the game in senior forward Ashley Williams’ hands, but the Lady Tigers defense gave her no breathing room. Her shot was blocked, cementing the win for the home team.

Williams had 15 points and 16 rebounds for her third double-double in the last four games. She was just one rebound short of the fourth, garnering nine boards against Georgia. Cook led the team with 18 points in Baton Rouge.

For LSU, Mitchell and guard Chloe Jackson combined for 58 of the Lady Tigers’ 79 points.

Having completed its regular season with a 17-12 record overall and a 7-9 record in SEC games, Alabama will move on to the SEC Tournament. The eighth-seeded Crimson Tide will play No. 9 seed Kentucky in Nashville at noon on Thursday. The Wildcats won the earlier meeting between the teams, 79-54, on Jan. 25.

Comeback too much to ask for this time 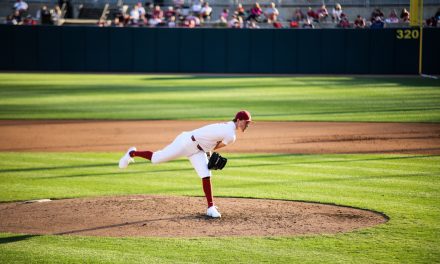