Alabama held its first open practice of the spring on Friday. The team practiced for an hour and a half then held an inter-squad scrimmage.

Catchers worked on throw downs to all three bases.
Hitters worked on bunting and base running while taking on field bating practice.
Cobie Vance, who started every game at second base all last year, was the starting third baseman during the scrimmage. He worked at third during most of the fall.
Chandler Avant was at second base for the crimson team, while Landan Sartain was the shortstop. Avant started all 54 games at short last year.
Dylan Duarte started for the grey team, while Sam Finnerty started for the crimson team.
Jett Manning played short for the grey team, while Jon Trousdale started at second.
Keith Holcombe started at left field for the grey team. …read more 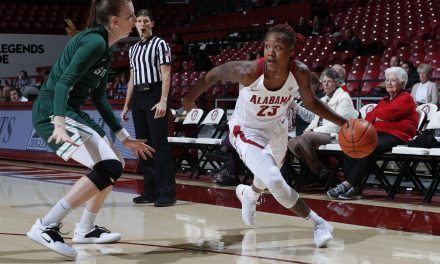