Over 2,000 local fifth grade students will get the chance to watch the Alabama women’s basketball team up-close on Thursday when it hosts the Jacksonville Dolphins in its annual Fifth Grade Fastbreak game.

Throughout the school year, teachers have been incorporating basketball-related concepts into their lesson plans in math, geography and other subjects. Players on the team have also visited the schools to meet and interact with the students.

“[There are] a lot of ways for teachers to incorporate our team into their curriculum and [it’s] a chance for our players to get out and give back,” head coach Kristy Curry said. “I told our team a while ago, ‘Those little eyes are going to be on you tomorrow… It’s important that we’re great role models in how we handle our energy on the floor.'”

The team enters the game with a 2-0 record after a comeback win over Utah on Monday night. With the Crimson Tide leading 60-58 in the waning seconds, senior guard Hannah Cook and senior forward NeNe Bolton combined to make five of six free throws to seal the win.

Curry and her staff heavily emphasized free throw shooting all offseason and continue to do so in-season.

Each day of practice ends with a drill called “climbing the ladder,” in which each of the team’s 14 players shoots two free throws. If they fail to make at least 21 of the 28, they start over, and each player who missed a free throw runs laps until the next player takes a shot.

“You could stay there for 45 minutes, an hour, or longer,” Curry said. “It just takes time, but it also builds confidence in one another and how important free throws are.”

Alabama ranked 278th out of 345 teams in NCAA Division I last year, shooting 65.7 percent from the free throw line, but that has significantly improved this season, currently ranking 73rd at 75 percent.

Senior forward Ashley Williams said climbing the ladder is a grind that teaches players to show mental toughness when they need it most, such as being tired at the end of a close game like they were on Monday night.

She added that everyone on the team had complete confidence that Cook would come through in the clutch, to which Cook responded by saying she relishes those opportunities.

Curry said the team scheduled tougher opponents like Jacksonville before its SEC schedule in order to make an impression on the selection committee as it selects the NCAA Tournament’s 64-team field.

She said the Dolphins, who qualified for the tournament in 2016, will pose a formidable challenge, and her team must bring its utmost competitiveness in order to stay in the game.

“Their intensity and their energy on both sides of the ball is as good as we’ll see, so we’ve got to match and exceed that and have more possessions where our energy is at a high level, or we’ll get embarrassed.” 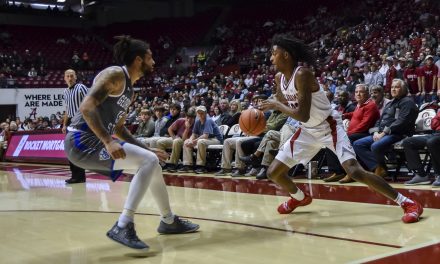 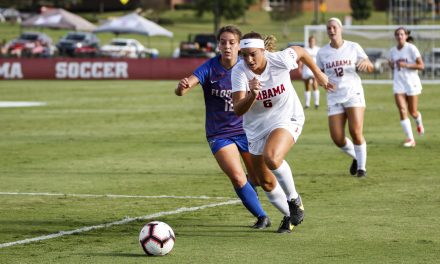 Gymnastics looks to build on less than ideal start