Alabama basketball guard Collin Sexton will sit out in tonight’s exhibition game against UAH. According to a state by athletic director Greg Byrne, the team is waiting for the NCAA to reinstate Sexton’s eligibility.

“The NCAA informed us late this afternoon that Colin Sexton has not had his eligibility reinstated by the NCAA,” Byrne said in a statement.

Sexton is a freshman who ranked as the No.5 recruit in the country. He was scheduled to make his Alabama debut tonight in the Crimson Tide’s lone exhibition game.

“We don’t have any further information at this time, but we will continue to cooperate with the NCAA and work toward a resolution that results in Colin’s timely reinstatement,” Byrne said.

The timetable for Sexton’s return is unknown at this time.

“While we are disappointed, the right decision was to err on the side of caution for tonight’s exhibition game.” 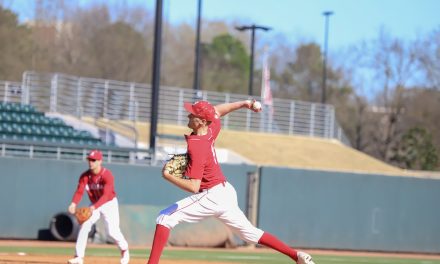 WATCH: The Million Dollar Band's tribute to Tuscaloosa after the April 27, 2011 tornado