The Crimson Tide will send five members of the 2017 track and field team compete at the World Championships.

Walters set a new school record with a time of 13.30 in the men’s 110-meter hurdles at the Trinidad & Tobago National Championships in Port of Spain, Trinidad. His time proved to be the fastest in the event and advanced him to compete in the IAAF World Championships in London.

Williams progressed to the finals of the women’s 400 meters at the Trinidad & Tobago National Championships with a time of 52.76, which was the fastest in preliminaries.

Senior Quanesha Burks earned a spot on Team USA after her fourth-place finish in the women’s long jump at the U.S. Championships. She will also compete in London for the World Championships

Burks finished in the women’s long jump leap with a leap of 21-11 ¾ (6.70m) on her final attempt at the U.S. Outdoor Championships in Sacramento, California.

“I am very excited and ready for this opportunity,” said Quanesha Burks. “I am excited to go over and represent my country in the Worlds. I haven’t really processed that I am going to London, or thought about what I want to do while I’m there. My plan is to relax for a few days then continue to train and prepare for London.”

Alabama will also be represented at the Pan-American Track & Field Championships in Lima, Peru as freshman Takyera Roberson and signee Jaimie Robinson claimed victories at the U.S. Junior Championships and secured their spots on the U.S. junior national team.

Ronnie Harrison continues to grow in his maturity 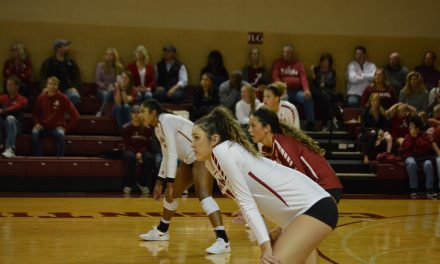 Men's tennis bounces back to take down Purdue