Winds gusting at 30 miles per hour made playing conditions rough at the 2017 NCAA Men’s Golf National, with only 22 golfers finishing the event at even par or better.

Only four of the 84 golfers that advanced shot below par for the championship round. Hardee, shot a 5-over par at 77, collecting three birdies, six bogeys and a double bogey for the day.

“It was a tough day out there today,” Hardee said. “The beginning of the round was honestly just brutal. The first six or seven holes were really tough. Overall, it was a good tournament for me, but a little disappointing way to finish. I felt I played better than what my score was. I just needed another bounce here or there and a couple of close putts to drop and maybe it would have been a little different.”

Even with the rough conditions, Hardee’s 288 score on the 72-hole course ranks as the sixth best in program history. The even part total is the fourth-best in school history for a 72-hole event.

“The opportunity to play today was awesome,” Hardee said. “I couldn’t ask for anything more than having the chance to play as an individual. I was able to play in the last group alongside some great players and having my teammates and family there supporting me was a great feeling. I was trying to enjoy myself as much as I could. It was a great experience.”

Alabama entered the third round tied for 16 and needed to be in the top 15 to move on to the fourth and final round on Monday.

“I think it proves that you have to get into that top-15 going into today,” said Alabama head coach Jay Seawell. “That’s why (Saturday’s round) was so tough because I felt like we gave it away at the end. It forced us to play in the afternoon today when the winds are always greater, which always makes it harder. It’s a lesson learned. We fought all the way, just unfortunately we didn’t do the things we needed to do at crucial times and today was one of those days.”

Josh Sedano, a redshirt freshman, finished tied for 76th overall with a three round total of 5-over par. Davis Riley, a sophomore, finished 95th overall, thanks to a pair of eagles on the back 9 after a slow start.

Steven Setterstorm, a junior, finished 17th with a 227 and junior Lee Hodges finished with a score of 229, good for 127th overall.

Even with the Crimson Tide finishing the season on a low note, it is happy with how their season went.

“It was definitely disappointing as a team to miss the cut, but I am still really proud of the guys on this team and the way we handled things throughout the entire year,” Hardee said. 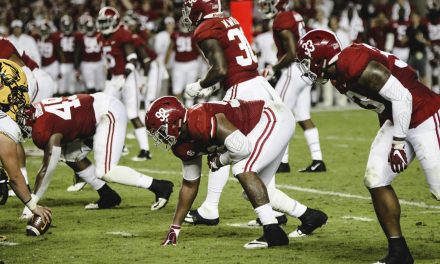 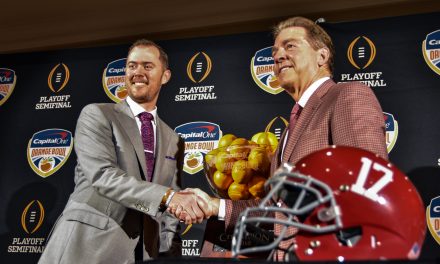