Alabama offensive lineman Cam Robinson announced Friday that he will leave school early to enter the 2017 NFL Draft. The junior started every game for the Crimson Tide during his career.

Robinson saw significant playing time from the moment he stepped on campus. As a freshman, he started every game for the Crimson Tide at left tackle. His sophomore season, he earned All-SEC honors after being a consistent force for Alabama.

During his junior year, Robinson brought home multiple accolades, including the Outland Trophy for the nation’s top interior lineman on offense or defense. He also was one of Alabama’s three unanimous All-Americans.

For Robinson, the hardest thing is saying goodbye to the many people that surround him during his three years.

“Those guys [teammates] are my brothers,” Robinson said. “Like I mentioned, those are life-long friendships and bonds that I’ve created with those guys. My teammates and my coaches, I’m going to miss those guys a lot.”

Despite his career not ending the way he wanted to, Robinson said his final season featured many accomplishments.

“Obviously, we didn’t finish it the way we wanted to,” he said. “That is always going to be something that is going to be tough to look back on. We accomplished a lot as a team. A lot of things that had not been done before.”

Robinson said he is projected to go first-round by NFL Scouts. Many outlets have him going in the first round, and maybe as a top-10 pick. The NFL Draft will be held on April 27-29. 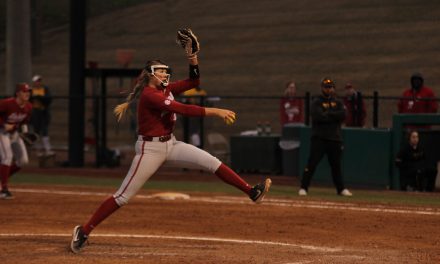