For the second consecutive week, the SEC honored an Alabama freshman. Jordan Lewis was named SEC Freshman of the Week for the second time this season.

In the only Crimson Tide game this week, Lewis scored 17 points and recorded six assists in 32 minutes. She finished with a 2:1 turnover ratio in the win as well.

Lewis is averaging 10.7 points per game along with 5.1 rebounds, 4.4 assists and 1.7 steals a game. She has also started every game as the team’s point guard and is the only freshman ranked in the top five for assists this year in the SEC.

Lewis and the rest of the Crimson Tide return to action against Florida A&M on Wednesday for its last out of conference game at 7 p.m.

Soccer comes up short against No. 6 Florida 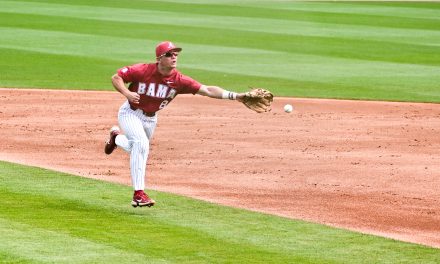