The U.S. Track & Field and Cross Country Coaches Association (USTFCCCA) released week one’s National Team Rankings on Monday, and the University of Alabama men’s and women’s track and field teams both fall within the top 30.

The men’s team falls in at No. 8, while the women are No. 27 for their respective rankings.

The rankings are computer-based and look at team’s potential.

The Crimson Tide men have 171.78 points, one of the six SEC teams insider the top 10. Throwers on the team contributed 67.66 of the points, and senior Ahmed Ali added 28.32 points after running the 200-meter race in record time.

The men’s team is ranked third in this week’s South Region Index, falling behind Florida and Georgia. The women are second, also behind the Gators. 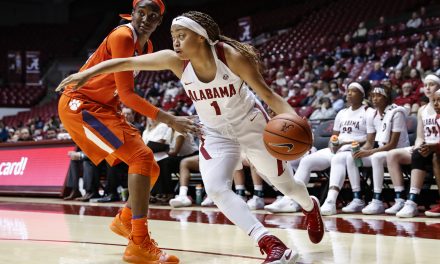