The sophomore pitched seven innings, gave up nine hits and allowed five runs. She also struck out nine en route to her fifth win of the season and third of the weekend. She collected two of her wins against ranked teams.

That was good enough to give her SEC Pitcher of the Week honors, her first of her career despite being named the SEC Freshman of the Year last year.

It helped that she had some bats to back her up on Sunday in a 6-5 walk-off win over then-No. 14 Tennessee. Alabama coach Patrick Murphy doesn’t think this is all Alabama has to offer.

“I think there’s a lot of people that haven’t shown anything to you guys and the fans, what they’re capable of doing, they do every day in practice but just for some reason, they’re a little bit slow starting and I think when you get a couple of the hitters going and definitely Lexi’s better than what she’s shown you,” Murphy said. “It’s going to be fun to watch.”

No. 4 Alabama (15-1) takes on Jacksonville State (7-7) on Wednesday at 5 p.m., and the two come-from-behind wins over the weekend helped some of the younger players get into the mindset needed with another tournament coming up followed by SEC play.

“You don’t want them to get complacent either after 15-1,” Murphy said. “You still gotta work hard because I know Jacksonville State is gonna wanna beat us and so are the teams coming in next weekend and then you start SEC play which gets even tougher so I think it gives the new kids and Booker a taste of what the SEC is like because if you sit on a lead, they’re going to come back. You can’t just sit on three runs and expect them to say, OK, we’re going to get beat today. That doesn’t happen in the SEC.” 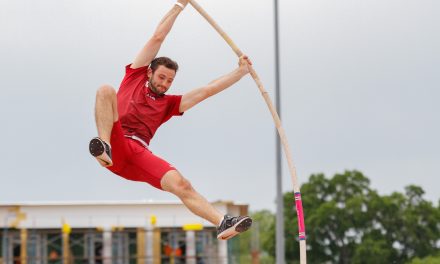 'Time to move on' : Saban 'not sorry' for giving Taylor chance